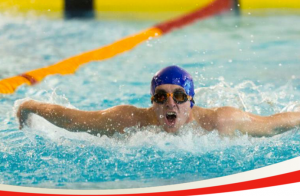 Crucial documentation, which confirms that the competition pool is suitable for major international competition, has now been received from the Local Organising Committee (LOC).

Earlier in July World Intellectual Impairment Sport informed the LOC, the Federación Mexicana de Deportistas Especiales (FEMEDE), that it would be forced to find another venue for the Championships if the paperwork was not made available.

With everything now in place, World Intellectual Impairment Sport have confirmed that entries have re-opened and the event will go ahead from 27 November – 4 December.

Nick Parr, Executive Director of World Intellectual Impairment Sport, said: “We are delighted to have solved this issue with the LOC and are looking forward to a great event later on this year.

“Whilst the site visit at the end of June identified uncertainty around the competition pool, the organisers showed a high level of commitment to staging a memorable Championships.

“They have ambitious plans for infrastructure, athlete facilities and media and broadcasting and we are excited to see what they can deliver for one of our most important events.”

Around 150 athletes from 20 countries are expected to compete in Aguascalientes at the biggest and most important event for swimmers with intellectual impairments in 2017.

Grant and scholarships awarded to next generation of Australian athletes France’s Pereira targets cycling world title defence
Scroll to top
We use cookies on our website to give you the most relevant experience by remembering your preferences and repeat visits. By clicking “Accept”, you consent to the use of ALL the cookies.
Cookie SettingsAccept
Manage consent