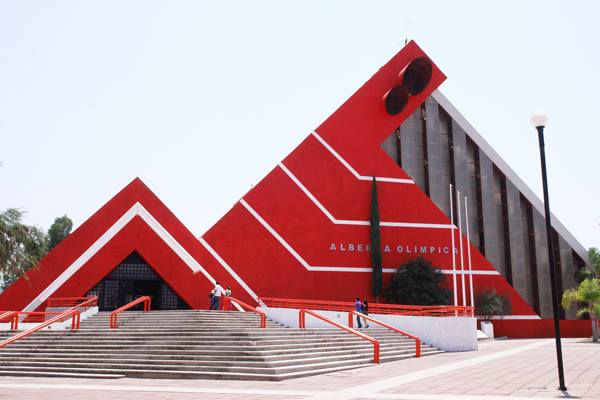 With less than 50 days until the competition gets underway on 28 November, swimming Sport Director Dave Harman spent 48 hours in Aguascalientes in early October. He assessed progress in a number of areas including timing, medical, broadcast, branding and volunteers with the Local Organising Committee (LOC).

“Only a few weeks remain before 150 of the world’s best athletes from 20 countries arrive for the 2017 World Intellectual Impairment Sport Swimming Championships,” Harman said. “As this is the biggest competition for swimmers with an intellectual impairment since the Rio 2016 Paralympic Games, it is important that everything is run to the highest possible standard.

“With the help of the Aguascalientes Institute of Sport the LOC are making good progress and things are starting to fall into place. We are particularly excited by the interest from Mexican television and the enthusiasm of the volunteers. As ever these people will be a huge part of the success of the event.

“There is still a lot to do in order to make Aguascalientes 2017 the best it can be, but we are confident that the LOC is firmly headed in the right direction.”

During the site visit Harman was shown plans to brand the Jesús Terán Peredo airport where most teams will arrive. Some striking look elements for the competition venue – the Alberca Olimpica swimming pool – were also presented to World Intellectual Impairment Sport.

Aguascalientes 2017 will run from 28 November – 3 December and is being organised by the Federación Mexicana de Deportistas Especiales (FEMEDE). As well as athletes with intellectual impairments, trial groups for Down’s syndrome and autism will also be contested for the first time.

World Intellectual Impairment Sport sends condolences to family of Jose Luis...
Scroll to top
We use cookies on our website to give you the most relevant experience by remembering your preferences and repeat visits. By clicking “Accept”, you consent to the use of ALL the cookies.
Cookie SettingsAccept
Manage consent