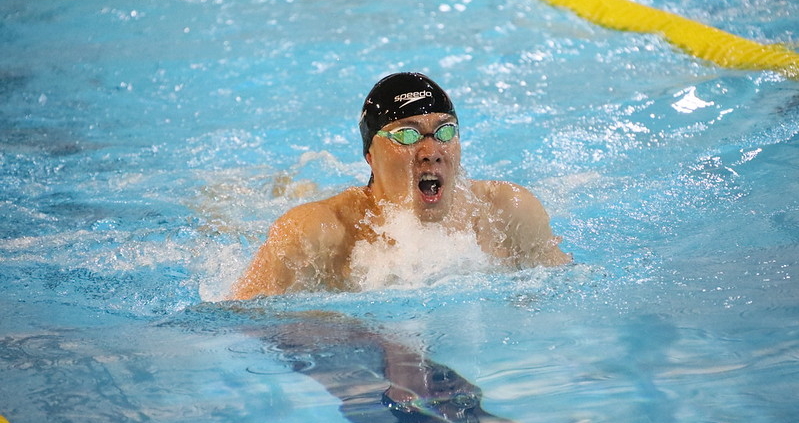 This was one of the most dramatic event in S14 category so far. Naohide Yamaguchi (JPN), Gabrield Bandeira (BRA), Jake Michel (AUS) and Brutos de Oliveira (BRA) staged a thrilling race for the audience, especially in the first 50m where all the four swimmers took the turns almost at the same time. But, it was the Paralympic champion and WR holder Yamaguchi who took an easy lead later and defended his title.

The Japanese swimmer broke the Championship record twice in this event at Madeira 2022, setting it at 1:04.46sec. 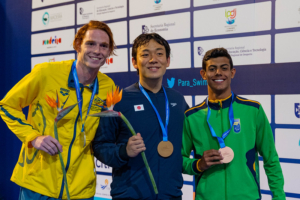 Winning the Silver was Jake Michel who had a tough fight from the Brazilians- Bandeira and Oliveira, but managed to protect his ranking with a timing of 1:05.02sec. The Tokyo 2020 Paralympic podium ranking was repeated in the finals of Men’s SB14 100m breaststroke for the first two places.

Brutos de Oliveira settled for the Bronze with 1:05.29sec while Bandeira celebrated his fourth position, improving his timing and ranking compared to Tokyo 2020 where he couldn’t get into the finals.

The triple Paralympic Champion, Michele Alonso Morales from Spain took the lead from the start and had a clean win over her fellow swimmers with 1:15.13sec. 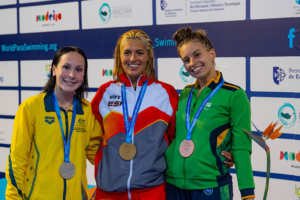 Alonso has been dominating this event for almost a decade now, won gold in 2013 and in 2017 and set the World Record at the Tokyo Paralympics.

There was a challenging race between Brazil’s Debora Carneiro and Paige Leonhardt for the second place but in the end Paige took the silver home with 1:16.44sec and Carneiro settles for the Bronze with 1:17.25sec.

Championship record broken twice by Benjamin Hance in one day

World Record broken by Bandeira in 200m Individual Medley
Scroll to top
We use cookies on our website to give you the most relevant experience by remembering your preferences and repeat visits. By clicking “Accept”, you consent to the use of ALL the cookies.
Cookie SettingsAccept
Manage consent