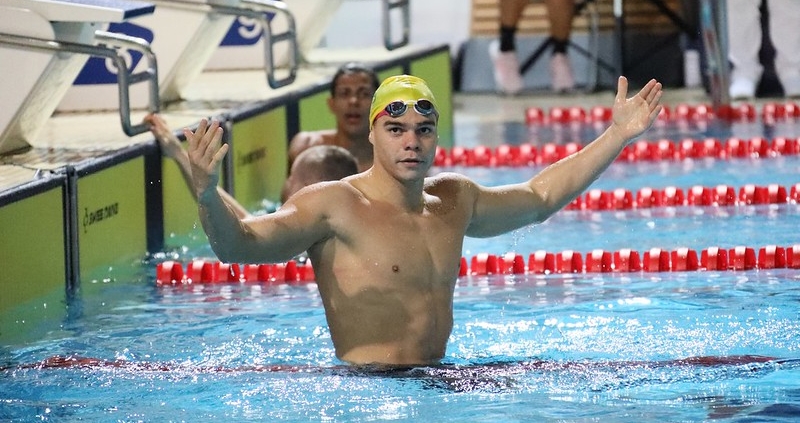 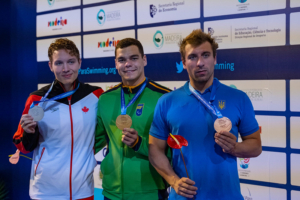 It was another great swim for the rising star from Brazil, Gabriel Bandeira in the pool today. Bandeira, who was looking strong from the initial lap itself, claimed another Championship title along with a New World Record with 2:07.50sec.

While there was a close fight for the bronze between the Bazilian Oliviera and Ukraine’s Dmytro Vanzenko, but the Ukrainian took the final shot and won the Bronze. 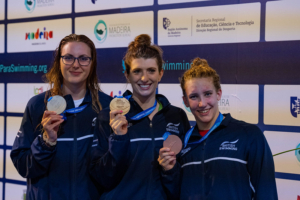 Jessica-Jane, Bethany Firth and Louise Fiddles from GBR (from left)

British swimmers once again had a dramatic win in Women’s 200m IM. It was an exciting race between the British rivals and friends, Jessica-Jane Applegate and Bethany Firth in 200m IM today. Both the swimmers took a significant lead from rest of the swimmers whilst challenging one another. Bethany took out Jessica in the third lap with her strong breaststroke and won her first World championship title in this event with 2:26.69sec.

Meanwhile, Paige Leonhardt from Australia caught up with Jessica for the second place but Jessica used her long pulls in the final lap of freestyle to grab the silver with 2:30.19sec.

The ultimate twist came in the race when Louise Fiddes beat Paige by just 0:00.07sec and took the final podium spot, making it another British podium from this event. She clocked a time of 2:32.10 sec.

Equestrian Committee Member (Americas) sought
Scroll to top
We use cookies on our website to give you the most relevant experience by remembering your preferences and repeat visits. By clicking “Accept”, you consent to the use of ALL the cookies.
Cookie SettingsAccept
Manage consent