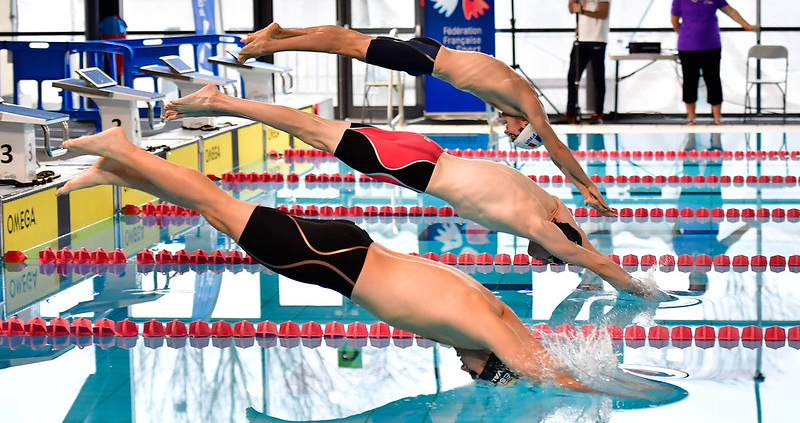 The Virtus Swimming Committee recently ran training courses for swimming officials in France between 11th and 15th May, in conjunction with the Championnat de Natacion de Sport Adapte near Vichy, France.

During this period several French national officials undertook the Virtus Level 2 training, aimed at providing an improved awareness of officiating at a Virtus event, and developing officials as judges for Virtus for the future, especially the 2023 Global Games.

Following a pilot training session in France last December, a small number of Referee candidates were selected for the “international” judges training module, the Virtus Level 3 to run at the same time as the French championships.

This included a full day of “classroom” instruction covering details on the role and responsibilities of referee and control room supervisor, followed by 2 days of practical mentoring as referee and judge of stroke and then 2 days of observation and assessment by the Virtus Sport Director for Swimming. 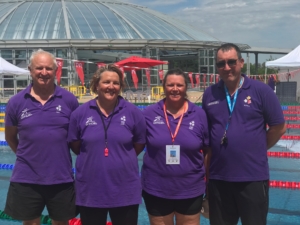 Virtus Swimming Director- Dave Harman sais, “I would like to congratulate all the four technical officials who passed the international judges training. With the Virtus Global Games coming to France next year, these officials will play a significant role at the games and lead the poolside team. Some of the officials may be selected to assist at other major events in the future which will be of great help for the LOC’s.”

The Virtus Swimming Committee have developed a range of training modules for officials and for LOCs and volunteers and will be conducting more workshops in the future to include more officials to the experienced team of officials and to help LOCs in planning and managing events.

One year to go until Global Games 2023 in Vichy France
Scroll to top
We use cookies on our website to give you the most relevant experience by remembering your preferences and repeat visits. By clicking “Accept”, you consent to the use of ALL the cookies.
Cookie SettingsAccept
Manage consent