The ITTF SQF French Para Open took place from 5th to 8th May in Saint-Quentin-en-Yvelines, France. Several Tokyo Paralympic medalists including Florian Van Acker, Sam Von Einem, Maki Ito, Lea Ferney along with many others made their way to the tournament. Some interesting matches were witnessed by the crowd in the Class 11 category. 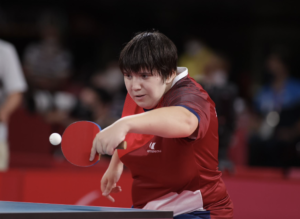 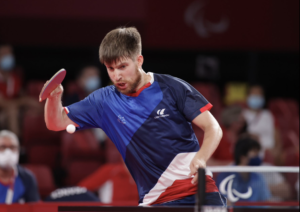 In the Men’s section, Florian Van Acker from Belgium secured his place in the finals with an easy win over South Korea’s Tae Kim Gi with a score of 3-2. Meanwhile, a nerve wrecking match was staged by the Lucas Creange (FRA) and Sam Einem (AUS). Paralympic bronze medalist – Lucas and Silver medalist Sam Von, both draw swords on the table to secure their place in the finals. While the host player Lucas dominated the first two sets with 11-6, 11-8, Sam made fantastic comeback in the third and fourth set with 8-11, 10-12. However, it was a sad day for the two times Paralympic Silver medalist Sam Von Einem as he lost the last match by 5-11 to Lucas and couldn’t make it to the finals, and settled for Bronze.

Like the female counterpart, Lucas had a glorious victory in front of his home crowd and won the Gold with a smooth win over Belgium’s Florian Van by 3-0.

Two teams each from Japan and French entered the semifinals and showcased exciting matches. French players, Lea Ferney and Lucas Creange teamed up together for the mixed doubles and stayed undefeated. The power duos won both the quarterfinal and semifinal in the first three sets entering the finals. They continued their winning strokes in the finals and brought the Mixed Doubles title home too with a score of 3-1, placing Japan’s Koya Kato and Ito Maki in second.

With a little more than a year to go for the 2023 Virtus Global Games in Vichy, host nation’s players seems to be all set for the pinnacle event next year.

Swimming official training workshop completed in France
Scroll to top
We use cookies on our website to give you the most relevant experience by remembering your preferences and repeat visits. By clicking “Accept”, you consent to the use of ALL the cookies.
Cookie SettingsAccept
Manage consent