What a blistering start to the 2022 Virtus European Summer Games!

Eva Coronado Tejeda broke two records within a single day in Women’s II-1 50m Butterfly. She broke the first record in the heats by timing 31.21sec and, later in the finals, the Spanish swimmer broke her own record with 30.58sec. 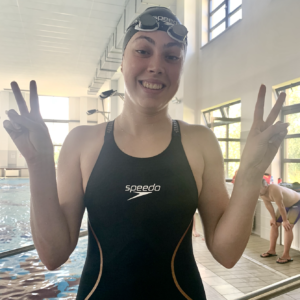 “I trained so hard to have good results in this championship but I didn’t expect that I will break the World Record. I’m so happy. I never imagined that I will break a world record ever in my life.” Eva told Virtus.

Eva also grabbed the Gold medal in 50M Butterfly and 4x50m Medley relay with her team. 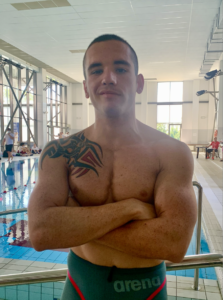 In the same event, Adrian Longaron from Spain followed the same pattern of setting two new records within a day. The first record was set in the heats and later in the finals, he broke his own record by clocking the timer at 26.65sec.

Talking to Virtus, Adrian expressed how he was just trying to swim fast and correct his mistakes from past events.

“I realised I made some mistakes before by keeping my head too high, so I was just trying to swim fast whilst correcting my stroke. I wanted to win the event by beating everyone, especially Misha Palazzo from Italy. But I didn’t expect to set a new record.”

Pernilla intervened the hat-trick of world records by Spanish swimmers

Finishing with a time of 9:22.52secs, Swedish Paralympic swimmer Lindberg Pernilla set the third new World Record for the Women’s II-1 800m Freestyle and was very delighted with her event.

She also claimed Gold in the 100m Breaststroke and Silver in the 50m Butterfly.

Both Men’s II-1 and Women’s II-1 relay teams from Spain concluded the first day of competition with spectacular performances by setting two new records in Men’s and Women’s 4x50m Medley Relay event. They clocked a time of 1:57.85secs and 2:18.81secs respectively.

The full result can be accessed from here.

Angelova wins first medal for Bulgaria at 2022 Virtus European Summer Games
Scroll to top
We use cookies on our website to give you the most relevant experience by remembering your preferences and repeat visits. By clicking “Accept”, you consent to the use of ALL the cookies.
Cookie SettingsAccept
Manage consent