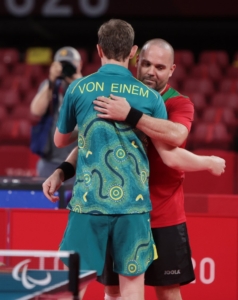 The final of the Men’s Class-11 category took place today in the Tokyo Metropolitan Gymnasium. Peter Palos (HUN) went up against Samuel von Einem (AUS) in a nail-biting final. Both no strangers to Paralympic finals, Palos claimed victory in the final set, with a score of 3-2.

With a Gold in Athens (2004) and London (2012), his medal from Tokyo2020 makes him a three-time Paralympic Gold medallist in an international career spanning two decades.

“I’m still not sure how I managed to win but here I am as a Paralympic champion yet again,” he said after the match.

“I was happy that I was able to medal and play on the big stage in the final again… Silver is fantastic”. von Einem said.  “It’s been a fantastic week for me. I might take a little break but then I’ll be looking forward to trying to go that one more in Paris 2024,” said von Einem. 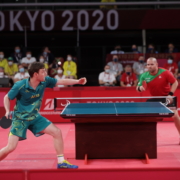 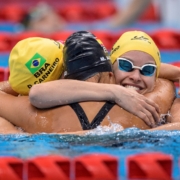 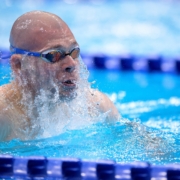 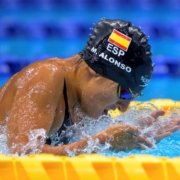 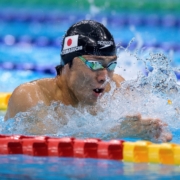 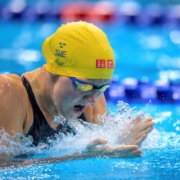 It was also a big day in the pool for the SB14 swimmers, with heats and finals for both the Men and Women’s 100m Breaststroke. Michelle Alonso Morales, Flag Bearer for Spain in the opening ceremony of Tokyo2020, successfully defended her 100m Breaststroke title for the third consecutive time, winning in World
Record time. Michelle Alonso Morales (ESP), nicknamed the ‘Little Mermaid’, won Gold at both the London 2012 and Rio 2016 Paralympic Games. Her win today solidifies her as a champion of para-swimming in the SB14 category, having set a new world record of 1:12.02 (beating her own World Record from 2016) in the process.

The anticipation was high for the Men’s 100m Breaststroke, with many big names in the final. After placing fourth in both the Men’s 100m Butterfly and the Mixed 4x100m Freestyle Relay, Yamaguchi left nothing in the pool in today’s 100m Breaststroke final. He won Gold with a time of 1:03.77, beating his own World Record by .23 seconds. This is the second major international win in the event for Yamaguchi, having placed first at the 2019 World Championships in London. Australian SB14 swimmer Jake Michel won Silver with a time of 1:04.28, exceeding his original ambition of just competing at Tokyo2020. Scott Quin (GBR) touched the wall in third with a time of 1:05.91. His Bronze from today becoming his second Paralympic medal in two Games, having won
Silver at the Rio 2016 Paralympics.

Elena Prokofeva shows she is GOLDEN!

Sisters, competitors, Gold and Bronze medallists
Scroll to top
We use cookies on our website to give you the most relevant experience by remembering your preferences and repeat visits. By clicking “Accept”, you consent to the use of ALL the cookies.
Cookie SettingsAccept
Manage consent