The Semi-finals and Final in the Women’s Class-11 category made their way into the Tokyo Metropolitan Gymnasium today.

“I waited a lot for this day and I just did what I needed to do,” she told Olympic Information Services (OIS) after the match.

On the other hand, 17-year old Lea Ferney, is overjoyed and expressed her happiness on winning the Silver medal, at her debut.

“I was surprised even to get selected for the Paralympics because you have to come first amongst everyone in France.” said Ferney.

“I came here to win. I am not disappointed with the Silver because I am bringing a medal home. I am only 17 years old so it’s only the starting. I am not thinking about anything now, I will just celebrate.” she said.

“I am very happy with the Bronze medal because it is my first Paralympic Games,” said T.T. Wong. She plans to learn from this Paralympic Games and prepare for the next one. 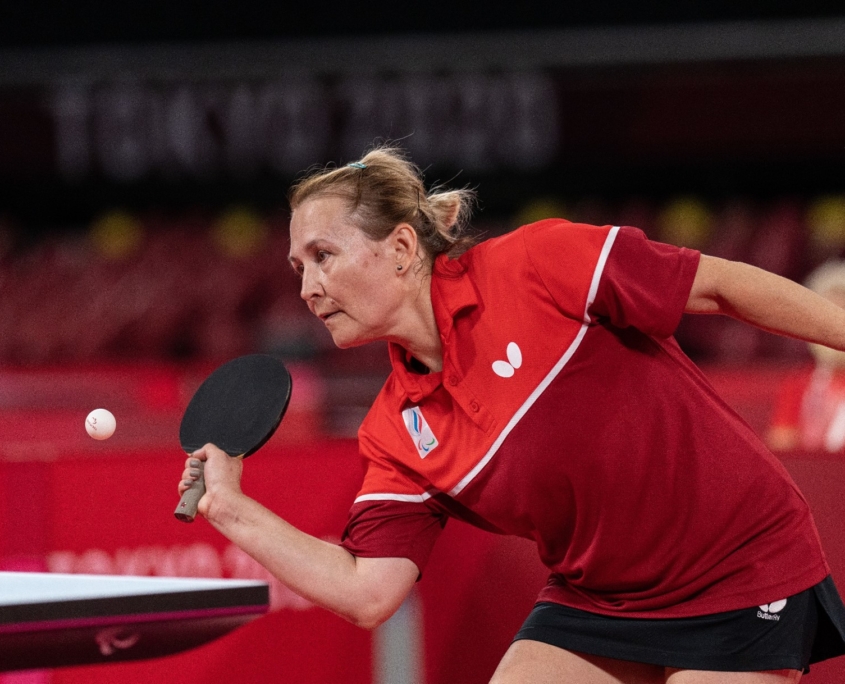 Elena Prokofeva (RPC) in action during the finals match at Tokyo 2020. Photo: OISPhotos 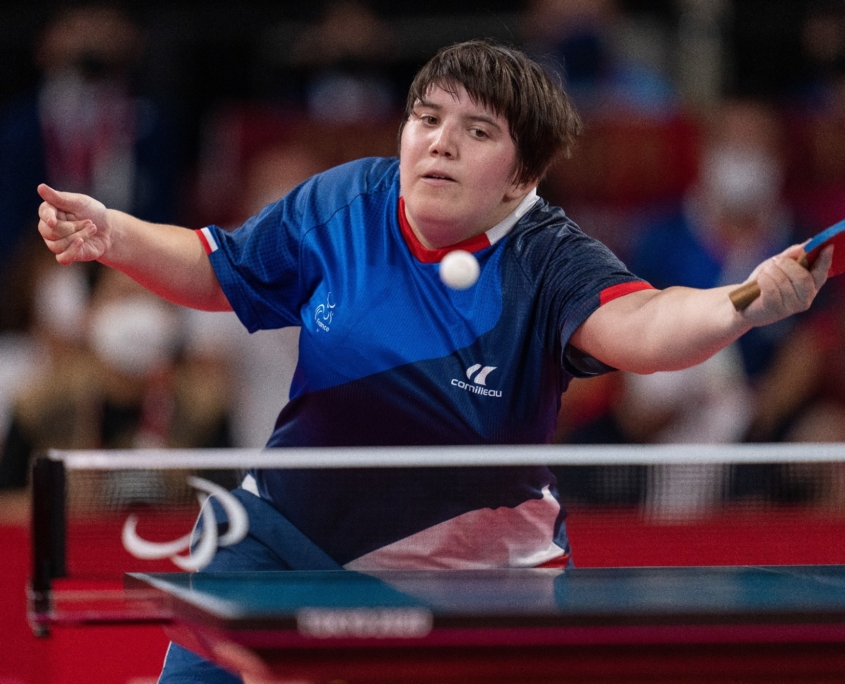 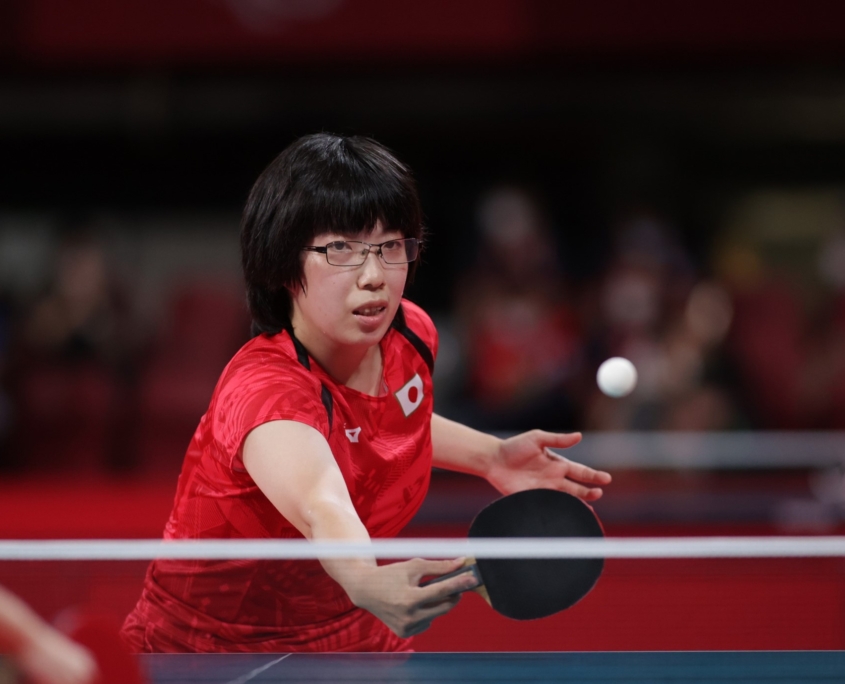 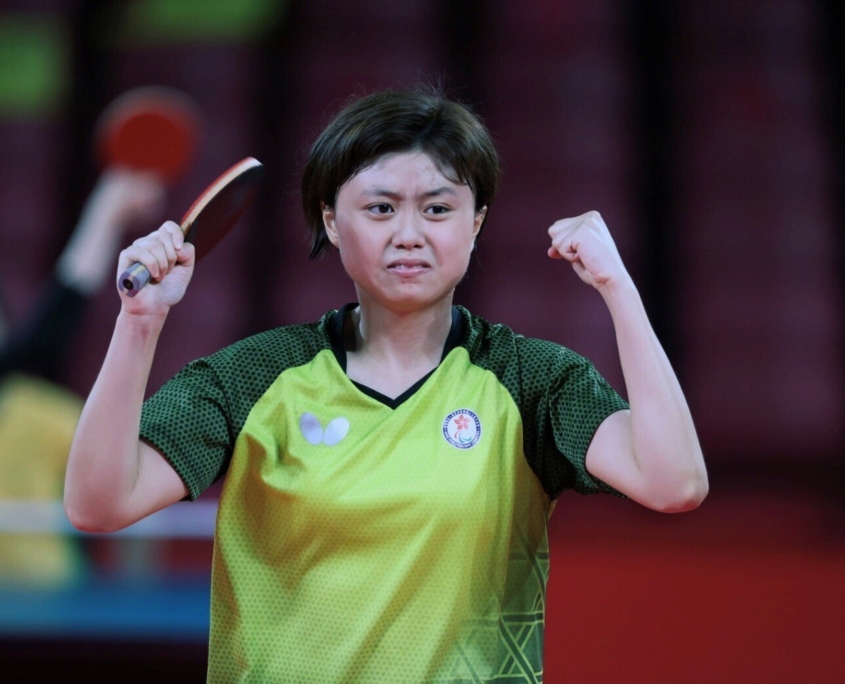 The last event for the day (for Intellectual Impairment class events) was held late evening at the Tokyo Aquatic Centre.

The crowd was thrilled to witness the most exciting race to date in the S14 swimmers, the Mixed 4x100m Freestyle Relay.

The anticipation was already high, with teams strategically planning their relay order, and all eyes were focused on the battle of the strokes between Reece Dunn (GBR) and Gabriel Bandeira (BRA). The audiences worldwide were not disappointed with both men racing the fastest times.

The result, Great Britain adds to their medal tally of Gold for the Mixed 4x100m Freestyle with a new World Record of 3:40.63sec in the event. Swimmers Reece Dunn, Bethany Firth, Jessica-Jane Applegate and Jordan Catchpole were ecstatic with the team result, and Bethany and Jessica- Jane adding to their total medal counts as well.

The Australian team of Ricky Betar, Benjamin Hance, Ruby Storm and Madeleine McTernan claimed second place with 3:46.38sec. Their strategy of having Ricky and Ben – take the first 2 spots with the girls bringing it home, certainly made the race open to a first-place win during the middle, but team GBR were faster!

The Brazilians settled for the third place with 3:51.23sec. The team consisted of Debora Carneiro, Gabriel Bandeira, Oliveira Soares and Felipe Vila Real.

Table Tennis is on its last event tomorrow with the Men’s Singles Table Tennis Finals, the Medal event for 100m Breaststroke will also be taking place across town, at the same time in the evening, and the day finishes off in Athletics at the Gold Medal event in Women’s Shot Put Finals.

A busy day to look forward to with medal events in II-class events across all three sports – Athletics, Table Tennis and Swimming.

Keep following us on Virtus Socials.

Peter Palos now a three time Paralympic Gold Medallist
Scroll to top
We use cookies on our website to give you the most relevant experience by remembering your preferences and repeat visits. By clicking “Accept”, you consent to the use of ALL the cookies.
Cookie SettingsAccept
Manage consent