Marc Truffaut (FRA) has been elected Virtus President for a second term in elections held on 5th June in Vichy, France. 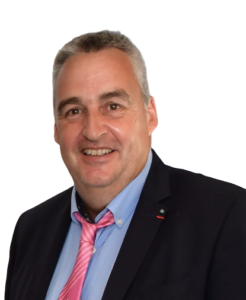 On his election, Marc thanked the members and looked to the challenge ahead.

“The world faces many difficulties at the moment, but Virtus will continue to strive for the inclusion of people with an intellectual impairment in society, using sport to create fair and more equal world. I am grateful to have this opportunity and thank the Virtus members for placing their faith in me once again.”

With the 2023 Global Games heading to France next year, Marc will play a major role in leading both Virtus and FFSA towards another grand edition of the pinnacle event where more than 1000 athletes are expected in the largest competition programme to date.

One year to go until Global Games 2023 in Vichy France

2022 Virtus General Assembly and conference held in Vichy, France
Scroll to top
We use cookies on our website to give you the most relevant experience by remembering your preferences and repeat visits. By clicking “Accept”, you consent to the use of ALL the cookies.
Cookie SettingsAccept
Manage consent