The weekend began with the first in-person meeting of the Virtus Governing Board since the before global pandemic.

This was followed by the launch of the #1YearToGo clock for the upcoming 2023 Virtus Global Games in Vichy, in a ceremony hosted by the Auvergne-Rhône-Alpes Region, a key partner in the event and a tour of the Games venues and facilities.

On 4th June, there was a one-day conference held with all members to discuss progress towards the Virtus strategic plan and to discuss the impact of covid-19 on Virtus and it’s members whilst on 5th June, the formal General Assembly took place. 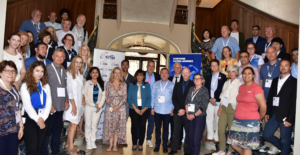 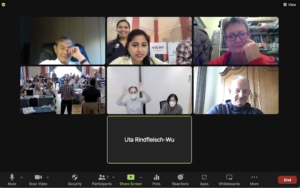 More than 30 Virtus members were present in Vichy, whilst others joined online in the first ‘hybrid’ event of its kind within Virtus.

The Assembly returned Marc Truffaut as President for a further term, whilst new member organisations including World Karate Federation were also welcomed to the Virtus family.

Marc Truffaut re-elected to lead Virtus for the next term

Virtus welcomes five new members to the family- Karate to be in GG2023
Scroll to top
We use cookies on our website to give you the most relevant experience by remembering your preferences and repeat visits. By clicking “Accept”, you consent to the use of ALL the cookies.
Cookie SettingsAccept
Manage consent