However, the swimmer was not happy with her performance.

“I know it’s a World Record but I am not happy about it because it is NOT my personal best.”

Pernilla explained to Virtus that she had swum faster in a previous event, however, that had not been recognised as a World record, and so was looking to go one better in the European Summer Games. 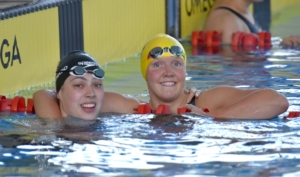 In addition, the Swedish swimmer won Gold in Women’s II1 100m Backstroke and was delighted with that performance after setting a Swedish record, which is also her personal best.

It’s raining Virtus World records
Scroll to top
We use cookies on our website to give you the most relevant experience by remembering your preferences and repeat visits. By clicking “Accept”, you consent to the use of ALL the cookies.
Cookie SettingsAccept
Manage consent