The inaugural Para Sailing World Championship will be staged in Gold Coast, Australia, 5 – 12 November 2022, for Hansa 303 class sailors from all around the world. 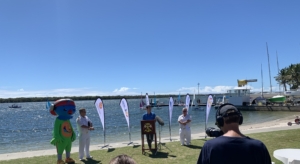 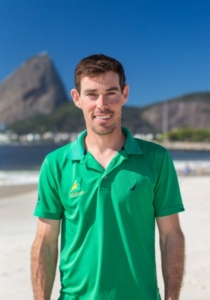 A World Championship deserves a World Class athlete and sailor at the helm. There’s none better than three-time Olympic Medallist, Matthew Belcher OAM, who is coined the most decorated Australian sailor in Olympic history, and the Australian Sailing 2021 Male Sailor of the Year.

Matthew ‘Mat’ Belcher has accepted the role of Ambassador for this Para Sailing World Championship event, and in his first official role, has the honour of announcing the event at today’s media launch.

The Championship is sanctioned by World Sailing, world governing body for the sport of sailing and supported by Virtus, the International Federation for Athletes with Intellectual Impairments. Both organisations formed a partnership in 2019 and made a commitment to work together to grow a sustainable future for sailors with intellectual impairments.

“On behalf of World Sailing, I would like to extend an invitation to sailors with intellectual impairment from around the world to compete in these inaugural Championships,” Mr. Li said.

“The inaugural Championships will be held as part of the Virtus Oceania Asia Games 2022, enhancing the opportunity for our sailors to be part of a major multi-sport event.

“I would like to thank Virtus and the Oceania Asia Games organisers for including sailing as part of the overall Games program.”

“We are committed to growing sailing for athletes with intellectual impairments and know that together, we can offer more high-level competition opportunities and make a huge impact around the world,” Mr Truffaut said.

“Building strategic partnerships with International Federation of Sport partners helps to amplify the work we do at Virtus, to raise the visibility and participation of athletes in all sports.”

As the ambassador, Mat Belcher will inspire sailors from all corners of the globe. In addition to his Olympic successes, Mat is a ten times World champion, and Australian Male Sailor of the Year for the sixth time. He has dedicated over 20 years in the pursuit of Olympic success.

“It is a real honour to be the World Sailing Ambassador,” Mr Belcher said.

“I am so lucky to have the opportunity to sail and do something I love every day, and as Ambassador, I want to champion how sailing can be for people of all abilities.”

“I am blessed to be part of the Southport Yacht Club sailing community, and to announce the first official World Championship conducted for Athletes with intellectual impairment, in my home town and local club, is just priceless.”

“When I see sailors on the water, like the ones from Sailability Gold Coast, a voluntary not-for-profit organisation who assist people of all abilities to get into sailing, it makes me proud to give back to the sailing community.”

Commodore Ken Tregeagle said the “Southport Yacht Club has had a long and proud history of sailing on the Gold Coast since 1946.”

“No doubt the fact that we host international standard sailing and training vents for the intellectually impaired at Hollywell has contributed to  SYC being named as the venue for this World Championship.”

“To also have our Olympic Champion Mat Belcher, as an Ambassador is a proud achievement for Mat, and equally a proud moment, to see one of our local sailors excel so greatly in world sailing.”

“We are also very proud in having partnered with Sailablity since 1997 and together we  provide such a wonderful service to our community. Our Gold Coast waterways are amongst the best water ways in the world and these World Championships will certainly showcase them to the entire world.”

This event is significant for so many reasons and with many firsts. Today also marks the United Nations’ International Day of Persons with Disabilities, IDPWD2021 and is a fitting backdrop to the theme of Fighting for rights in a post Covid era, and how applicable this is to the global para sport movement.

“When all levels of the Australian Government signalled their support for Sport Inclusion Australia, to host the Virtus OAGames in Brisbane, it allowed planning on what sports could be included,” Ms Smith said

“When approached by World Sailing to conduct the Para Sailing World Championship as part of the OAGames Sports Program, we were delighted as it further drives our mission – inclusion for all.”

“When Champion athletes generously give their time and energy to promote and elevate the inclusion of para-athletes on the world stage, it encourages people to become involved.”

“I would like to acknowledge all the stakeholders on board, World Sailing and World Para Sailing, Virtus, Southport Yacht Club, Sailability, Matthew Belcher, and look forward to making the Championship and the OAGames 2022 a successful blueprint toward Sport for Humanity.”

Virtus Vice President Robyn Smith elected to IPC Governing Board
Scroll to top
We use cookies on our website to give you the most relevant experience by remembering your preferences and repeat visits. By clicking “Accept”, you consent to the use of ALL the cookies.
Cookie SettingsAccept
Manage consent