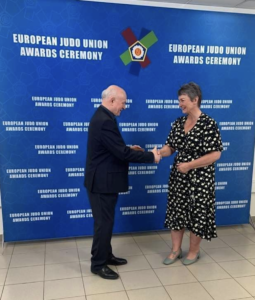 Virtus and its Judo director – Kerry Tansey – were each awarded with the “Social Inclusion Award 2021” by the European Judo Union for ground breaking work in promoting adaptive and inclusive judo throughout Europe.

“I am so pleased to receive these awards on behalf of all the coaches in Europe and the World for the dedication and hard work to provide opportunities and pathways for our athletes with disabilities” says Kerry.

Kerry has enormous experience in the sport and has been leading the Virtus Judo committee since December 2019, driving forward her passion to grow judo for people with an intellectual impairment. 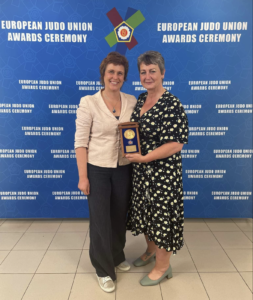 Virtus President- Marc Truffaut said “ I would like to congratulate Kerry and all our judo group for winning these prestigious awards. We are very lucky and proud to have such passionate people and a dedicated leader as our Judo sport director. Kerry has always been very keen to create opportunities and pathways for judo players. Everyone in Virtus are very proud of her achievement.”

European Judo Union announced the creation of the ‘Adapted Judo Commission’ last year in June. The commission was formed to promote social inclusion in the community through the practice of judo.

French players settle debts from Tokyo Paralympics at ITTF SQF French Para Open...
Scroll to top
We use cookies on our website to give you the most relevant experience by remembering your preferences and repeat visits. By clicking “Accept”, you consent to the use of ALL the cookies.
Cookie SettingsAccept
Manage consent