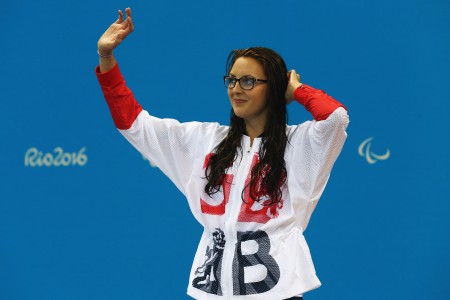 A series of countries have named their best swimmers with an intellectual impairment who will compete at the 2017 World Para Swimming Championships in Mexico City between 30 September – 6 October.

Rio 2016 hosts Brazil will be aiming to build off their performances from last year’s Paralympic Games, fielding two S14 swimmers.

Jack Thomas is another highlight for the British team who returns to the global stage. After a promising performance at the 2014 European Championships where he claimed three medals, Thomas was forced to miss the 2015 Worlds because of a wrist injury.

Jordan Catchpole and Connor Morrison round off the men’s team with Louise Fiddes completing the women’s squad for Great Britain.

“The team we have selected is a strong team based on their impressive performances at the British Summer Championships [in Sheffield, Great Britain],” British head coach Rob Aubry said.

“I’m pleased with the continued progress and the support we are able to put around our athletes. We are continuing to strive to be the best both in and out the water.

“In Mexico we will have a tough challenge and we know there will be some new athletes that our athletes will face. It will be testing environment and athletes will be expected to race consistently while continuing training at a key point in the season.”

Fifteen-year-old Lawrence Sapp will make his major international debut for the USA in the men’s S14.

Around 550 swimmers from more than 60 countries are expected to compete at the Francisco Marquez Olympic Swimming Pool during the 2017 World Para Swimming Championships.

Many of the same athletes will then return to Mexico for the 2017 World Intellectual Impairment Sport Swimming Championships in Aguascalientes between 28 November – 3 December. The competition will be the biggest gathering of swimmers with an intellectual impairment of 2017.

World Intellectual Impairment Sport Swimming Championships sanctioned by World... Euro Parahockey Championships get underway
Scroll to top
We use cookies on our website to give you the most relevant experience by remembering your preferences and repeat visits. By clicking “Accept”, you consent to the use of ALL the cookies.
Cookie SettingsAccept
Manage consent