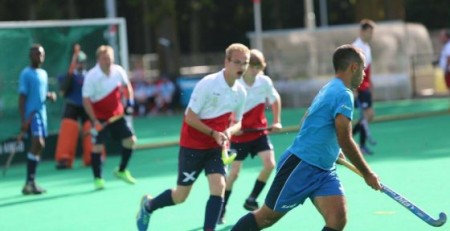 Twelve teams from nine countries have arrived in the Dutch capital of Amsterdam for the 2017 Euro Parahockey Championships which begin on Monday (21 August).

Matches will be played at the Pinoke Hockey Club with the final on 23 August taking place at the newly refurbished Wagener Stadium.

Portugal will be keen to defend their title whilst newcomers Ireland and France hope to make an impact. Italy, hosts the Netherlands, Belgium, England, Spain and Germany will also compete.

Teams are divided into three pools of four teams with seven players each.

The full schedule is available at the Rabo EuroHockey Championships 2017 website.

As well as playing, athletes and teams will get the chance to watch the Euros and will be treated to various celebrations and functions during their stay.

Countries name teams for swimming World Championships Australian tennis champs to feature mixed doubles, increased prize money
Scroll to top
We use cookies on our website to give you the most relevant experience by remembering your preferences and repeat visits. By clicking “Accept”, you consent to the use of ALL the cookies.
Cookie SettingsAccept
Manage consent