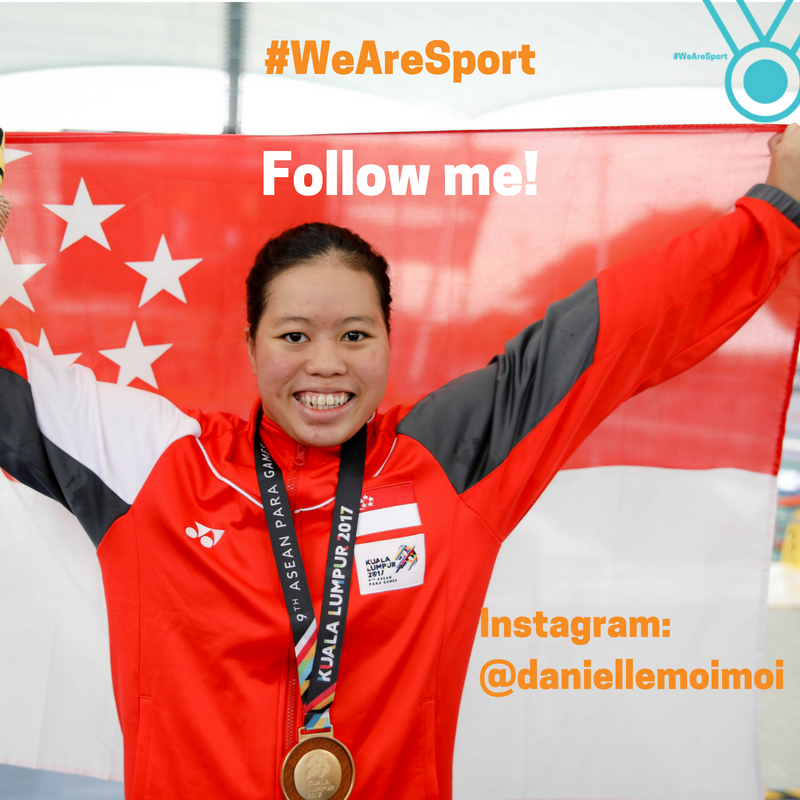 Moi Yang Ting was part of a group of 11 athletes who took part in online seminars which guided athletes on how best to use Facebook, Twitter and Instagram.

For the Asian Youth Para Games medallist swimmer the most useful element of the session was finding out “that I don’t have to keep posting about my sport. It is ok to post outside of sports.”

Athletes were given five different ideas of things they could post about. These included training, competition, media coverage of their performances, time-off and events they might be invited to attend.

As a result Moi Yang Ting, who competes in the II1 category, has started to share more with her fans about her life inside and outside of the pool.

Countries were also asked to nominate an administrator who could work with their athletes on sharing more to social media.

“She comes to me with different post ideas and she shares with me on how it would be engaging her followers,” Pitchian said.

The long term aim of #WeAreSport is to encourage more female athletes with intellectual impairments to use social media, and more often. It is hoped that this will raise their profile and create role models for other women and girls, encouraging them to take up sport.

The campaign is supported by the Agitos Foundation, the development arm of the IPC, through their 2017 Grant Support Programme.

All materials, including a Quick Start Guide to Social Media and a longer guide, are available in a variety of languages for all World Intellectual Impairment Sport members to use here.

Sharp adds to her social media presence through #WeAreSport
Scroll to top
We use cookies on our website to give you the most relevant experience by remembering your preferences and repeat visits. By clicking “Accept”, you consent to the use of ALL the cookies.
Cookie SettingsAccept
Manage consent