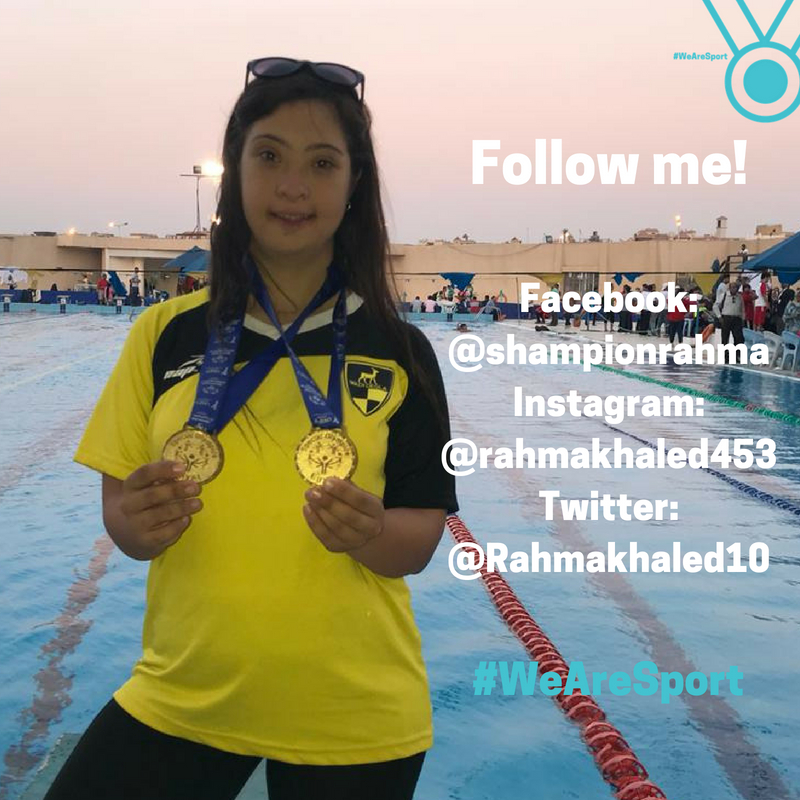 However, with support from administrator Inas Mostafa, the Egyptian has now gained the confidence to add to her digital presence and launch accounts.

Khaled, who competes in the II2 category, was also encouraged by the idea that she could be a role model for other women and girls with intellectual impairments.

“I feel more confident, because I saw a new world and [I want] to help other people to become champions,” she said.

#WeAreSport aims to give female athletes the tools and knowledge to use social media more effectively to promote their lives as an athlete.

Eleven athletes from around the world have been involved. Each has taken part in an online seminar with the support of an administrator. Mostafa was nominated by the Egyptian World Intellectual Impairment Sport member, ESFID.

“I feel more confident in supporting my athlete to use social media,” Mostafa said. “I have seen a change in the athlete [Rahma]. She created a Twitter account and started using it, she is doing hard work on social media.”

#WeAreSport is supported by the Agitos Foundation, the development arm of the International Paralympic Committee, through their 2017 Grant Support Programme.

All materials used during the seminars, including a Quick Start Guide to Social Media and a longer guide, are available in a variety of languages for all World Intellectual Impairment Sport members to use here.

#WeAreSport: Moi Yang Ting gives insight into life outside sport
Scroll to top
We use cookies on our website to give you the most relevant experience by remembering your preferences and repeat visits. By clicking “Accept”, you consent to the use of ALL the cookies.
Cookie SettingsAccept
Manage consent