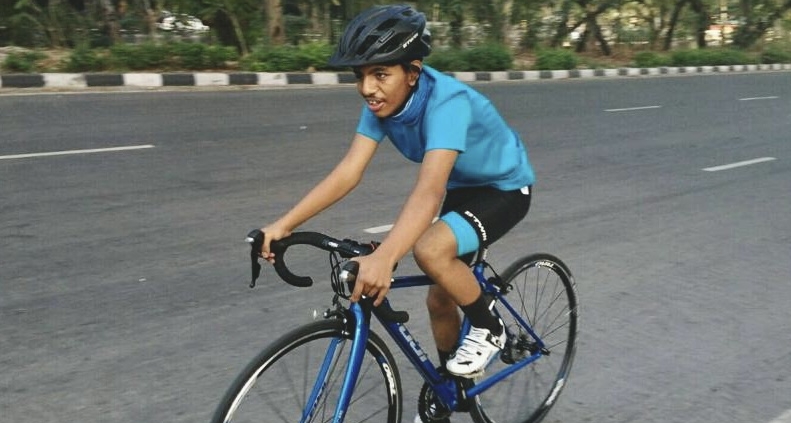 Neel Yadav is the youngest cyclist from Asia to win the first-ever medal in Cycling for India at the 2019 INAS Global Games, Brisbane in cycling in the 20KM Men’s Team Trial, which was also his first international event. 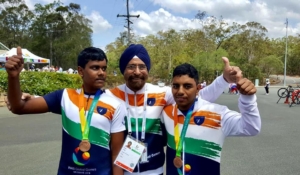 Neel competed in mainstream cycling championships in India and organised by the Haryana State track Cycling and National Track Cycling Championship and won multiple medals in the under-14 category between 2017-2019.

Neel was a premature baby and was in the ICU (Intensive Care Unit) for two months with no/very less chances of survival. Today, Neel cycles 6 days a week, for approx. 3 hours daily, matching the stamina of mainstream cyclists. It is a part of him which gives him purpose, confidence and happiness and also fetches him the envy and admiration of others.

Neel was introduced to cycling by his father, who is also being a cycling enthusiast, introduced the sport to Neel. Later, Neel drew the attention of his parents to his potential & budding skills. His father continued to support him to enhance his cycling skills.

“No one would have believed if we had said 16 years ago, that Neel will one day be a cyclist and win a medal for his Country. He fell short in academics, but he has done wonders in sports. I am so proud of his abilities, his determination and commitment. All his co-cyclists just love him. Except for a low IQ, he has everything that a human being can be virtuous of.” said Neel’s father, Mr Pawan Kumar.

Mr. Kumar thanked Mr Aaron Benjamin, Mr. Avtar Singh and his Coach Sanjeev Kumar for recognising the talent in Neel and having faith in him.

Neel Yadav hopes to compete at the Paralympics and win a medal for India one day.

Neel has certainly come a long way and is an inspiration to many, especially youngsters with intellectual impairment from India.

Bernard Atha OBE (1928-2022)
Scroll to top
We use cookies on our website to give you the most relevant experience by remembering your preferences and repeat visits. By clicking “Accept”, you consent to the use of ALL the cookies.
Cookie SettingsAccept
Manage consent