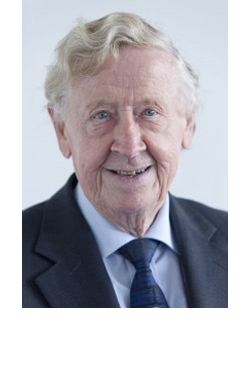 We are sorry to announce that Mr Bernard Atha OBE (GBR) passed away at the weekend, aged 94.
Bernard – a politician and actor – was instrumental in the early days of the organisation becoming President between 1993 and 1997 and then President of the European Region between 1998 and 2006.
In 1991, he was awarded the OBE recognising his services to sport for people with a disability and in 2015 he was inducted to the Virtus Hall of Fame, recognising his more than 40 years in disability sport.
Virtus President Marc Truffaut said “Anyone who knew Bernard will understand just how important he was to the organisation, to disability sport and most particularly to people with an intellectual disability. He campaigned tirelessly during a difficult period for athletes worldwide and everyone here owes him a huge debt of gratitude. We thank him for giving so much of his life to sport”.
Virtus would like to send its condolences to Bernard’s family.
https://c3k8ff.n3cdn1.secureserver.net/wp-content/uploads/2017/11/Bernard-Atha.png?time=1675460767 375 250 nick https://c3k8ff.n3cdn1.secureserver.net/wp-content/uploads/2022/09/Virtus-LOGO-01.png nick2022-10-26 02:08:552022-11-04 19:14:31Bernard Atha OBE (1928-2022)

Hélène Parmentier puts light on the struggles Ayemeric on a typical match...
Scroll to top
We use cookies on our website to give you the most relevant experience by remembering your preferences and repeat visits. By clicking “Accept”, you consent to the use of ALL the cookies.
Cookie SettingsAccept
Manage consent