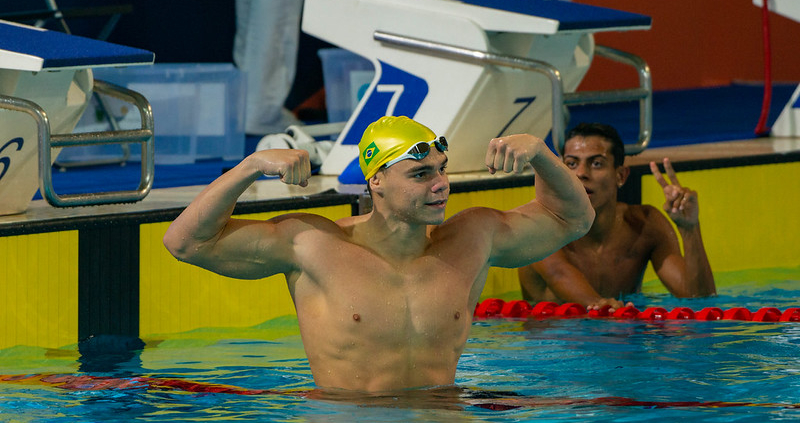 The World Para-swimming Championship kicked off yesterday in the beautiful island of Madeira. The event will continue until 18 June.

On day-1, the audience witnessed some thrilling race for the final of S-14 200m freestyle for Men and Women.

While all eyes were glued on World Record holder and Paralympic champion Reece Dunn from Great Britain, Gabriel Bandeira from Brazil and Nicholas Bennett from Canada put up a dramatic race for the audience. 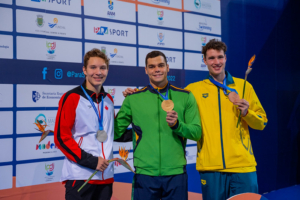 Leading the race in the first lap was Gabriel Bandeira who was soon left behind by Nicholas in the second lap giving some hope to Canadians for the Gold. However, Gabriel made a great comeback in the third lap and grabbed the gold with a new World Championship record of 1:52.42sec leaving the silver for Nicholas (1:54.41sec).

Benjamin Hance from Australia settles for Bronze with a timing of 1:56.14sec.

World Record holder Bethany Firth from Great Britain lead the race from the beginning. With almost a 5m gap by the end of the second lap, it was difficult for her fellow British swimmer Jessica-Jane Applegate to close up the distance who was swimming in the second place. 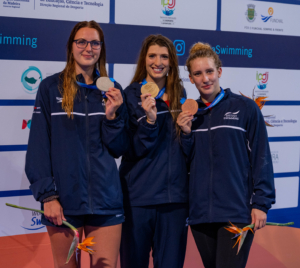 Australia’s Ruby Storm was chasing Louise Fiddes for the Bronze but was not successful in her attempt.

The podium was dominated by the British swimmers, with Bethany (2:08.72sec) taking the Gold, Jessica-Jane taking the Silver with 2:10.26sec and Louise Fiddes grabbing the last podium spot with 2:13.07sec.

Championship record broken twice by Benjamin Hance in one day
Scroll to top
We use cookies on our website to give you the most relevant experience by remembering your preferences and repeat visits. By clicking “Accept”, you consent to the use of ALL the cookies.
Cookie SettingsAccept
Manage consent