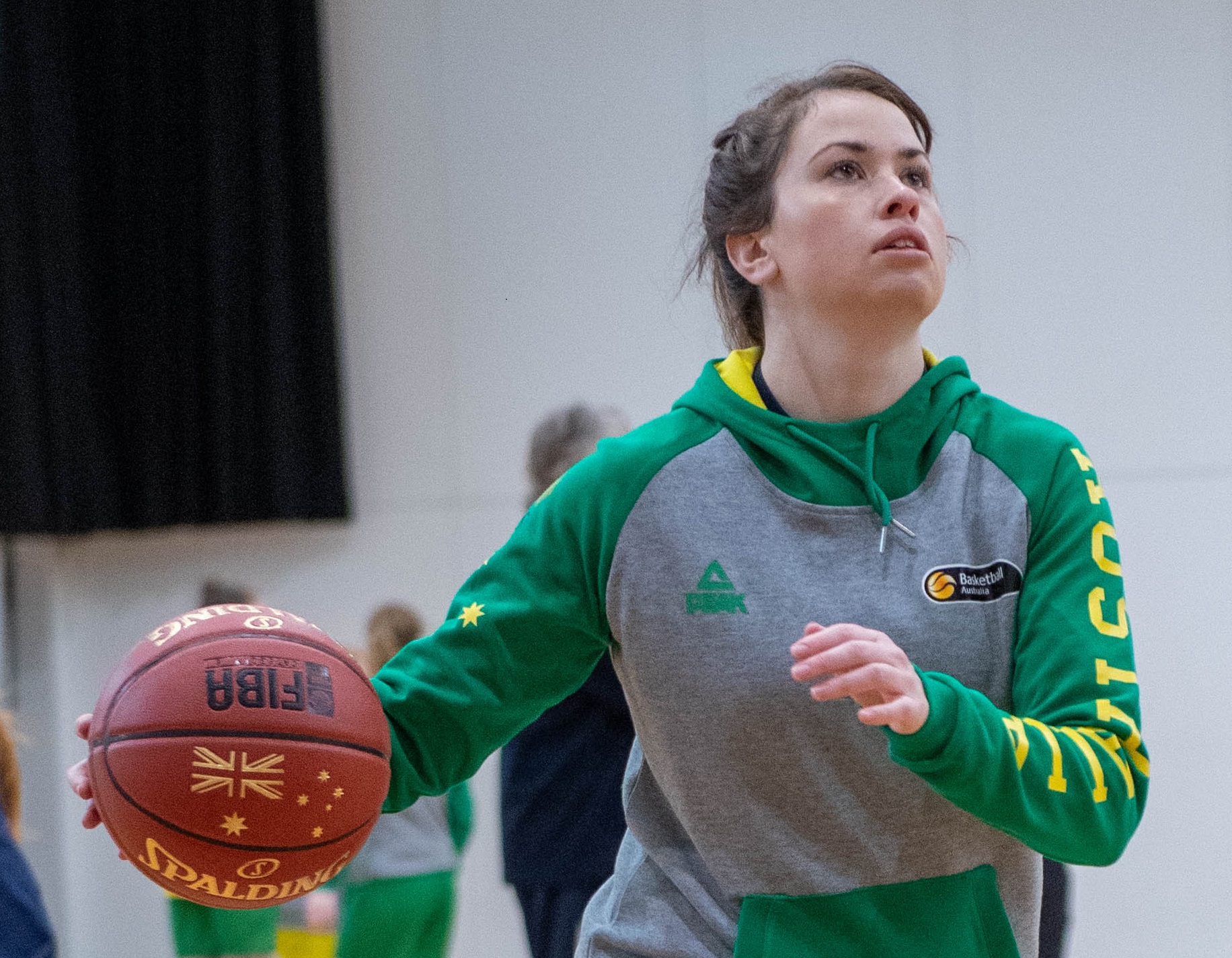 The 2019 Global Games in Brisbane, Australia, are now just six months away.  For basketball player Kaitlyn Papworth, the competition means a little more this time as her homeland plays host.

“I am looking forward to having the opportunity to play basketball in Brisbane as it will make us a stronger team without the extra travel and show the Australian crowd our team talent for the first time,” Papworth said.

Catching the basketball bug from an early age, Papworth has risen through the ranks achieving notable success with the Australian Pearls women’s team.

“Basketball keeps me fit and motivated and has always been a great hobby of mine. I could bounce a basketball by the time I was two and always practiced with my brothers and dad in the backyard,” Papworth proudly commented

Her early passion led to an important chance meeting with teacher and Assistant Pearls Coach, Jo Larkin. That, combined with a strong personal ambition, meant the youngster began to make her mark: “In 2001 I started playing basketball after school and played domestic basketball throughout most years since.”

On her move to high school, Papworth met Larkin who encouraged her to try out for the Ivor Burge Victoria Metro Women’s team, named after one of the founding fathers of basketball in Australia.

Then, at the age of just 13, Papworth was selected to try out for the Australian Pearls. Only three years later, she represented her country at the World Intellectual Impairment Sport Basketball World Championships in Rome, Italy, in 2008.

Her success continued in the Ivor Budge National Championships and Papworth continues to be an integral part of the Pearls team today.

With obvious natural talent, Papworth’s achievements are many including Most Valued Player at the 2011 and 2013 Worlds as well as winner of the 19th Junior Basketball Award for Female Athletes in 2011 in Australia.

The player also had notable success at the 2017 World Intellectual Impairment Sport Basketball World Championships with 21 goals: “I feel quite honoured to know that I was the third top scorer.  I have had many great coaches that I have trained with who have helped me in many areas of the game and in particular helped me to develop my shooting technique.”

But with all that success, the job in hand for Papworth and the Pearls are the 2019 Global Games.

“In the past competitions Japan have been a strong opponent because they are very quick on the court but with a few new teams coming to the Global Games this year, they could also provide very strong competition,” Papworth said. “More personal to me is that for the first time my family and friends will be able to see me play for the Pearls. I am very excited to have them there to support me and the team. They are very proud of my basketball career and have been very supportive in helping me to be involved in all the Championships I have played in.”

So with that in mind, preparation has begun in earnest. Team training camps begin this month (April) and will continue until the games begin. In addition, Pearls Head Coach Larry Davidson will also create individual training programmes for each player to complete a few days a week on their own.

It is clear that the team are motivated and ready for the Global Games. For Papworth, inspiration comes from former Australian player Lauren Jackson who famously played for the national under 20 team when she was just 14 years old and captained the Beijing 2008 Summer Olympics team.

“I was given a large framed print of Lauren to hang in my room when I was 21. She has always been my hero and is someone I have always looked up to and admired her dedication to the game,” Papworth said.

“I am really looking forward to playing basketball at the highest level in my own country and my personal ambition is to play well and contribute to the team in the hope of helping the Australian Pearls win the gold medal.”

The Global Games are world’s biggest high performance sports event for athletes with an intellectual impairment.

The 2019 edition runs from 12-19 October and is expected to attract more than 1,000 athletes competing in 11 sports. The event will act as the World Championships for basketball.

Poland impress at home World Intellectual Impairment Sport Athletics Cross-Country...
Scroll to top
We use cookies on our website to give you the most relevant experience by remembering your preferences and repeat visits. By clicking “Accept”, you consent to the use of ALL the cookies.
Cookie SettingsAccept
Manage consent