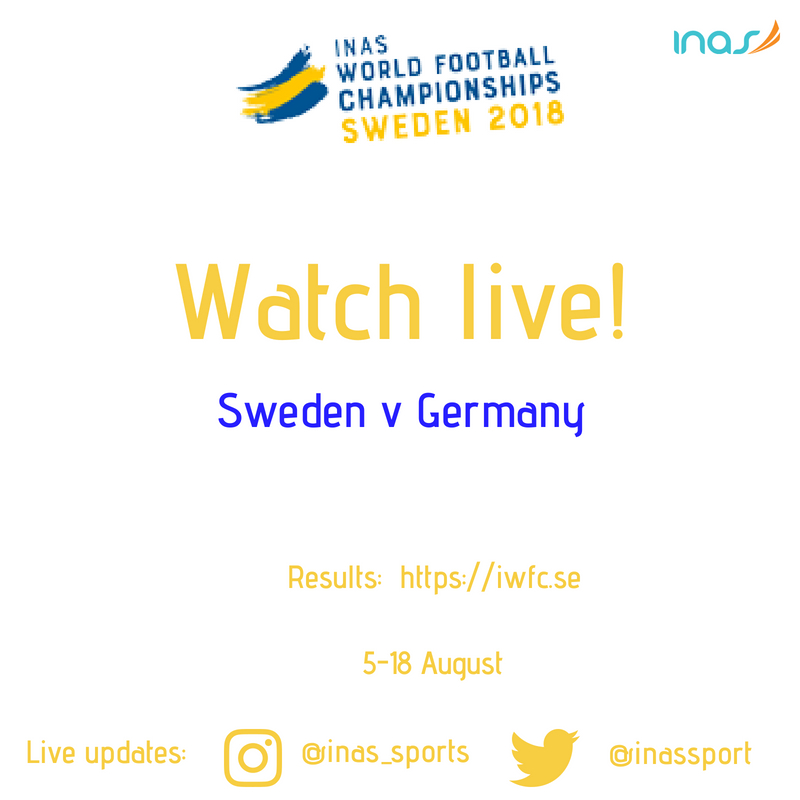 Defending champions Saudi Arabia, hosts Sweden, France, Germany, Argentina, Poland, Japan and Russia will compete for a place in the final on 18 August.

The World Championships will be hosted in stadiums across four towns – Tingvalla IP and Örsholmens IP in Karlstad; Sannavallen in Kristinehamn; Solviksvallen in Arvika and the Sannerudsvallen in Kil.

Games will be shown live at the World Intellectual Impairment Sport YouTube channel. Information about groups, the schedule and results are available at https://iwfc.se/.

Sweden will get their campaign underway in the opening match at the Tingvalla IP against Germany at 3pm (CEST) on Sunday. Midfielder Anders Jansson is excited about competing in his home town.

“It will be very inspiring to play at home in Karlstad. It is hoped that there will be a lot of people and that in Sweden we will show how we can organise ourselves well.

“[I want] to show up at home to prove to those who never believed in me and underestimated me when I was a teenager when I felt like an outsider. Playing in the national team and doing it at home will be amazing.”

Saudi Arabia return to the pitch in the hope of retaining their title from 2014 in Sao Paulo, Brazil. They have been the world champions since 2006 – a win in Sweden would be their fourth consecutive victory.

“At the World Championships in Germany in 2006 we did not expect to become world champions at the time, but we had trained a lot. Our readiness began two years before the tournament but we were afraid of the Dutch team and their strength as well as Poland,” Aldosari said.

“After this tournament [2006] we knew what we wanted and how to maintain the title in 2010. We are very prepared to maintain the title and have been able to achieve this already, as we did in the World Championships in Brazil in 2014. That is because of good preparation and regular training through our clubs which we strive to maintain. We strive and train and we have the determination.”

Poland are the European champions having beaten France at home in 2016. Sweden also finished third in that competition.

Sweden open football World Championships with win
Scroll to top
We use cookies on our website to give you the most relevant experience by remembering your preferences and repeat visits. By clicking “Accept”, you consent to the use of ALL the cookies.
Cookie SettingsAccept
Manage consent