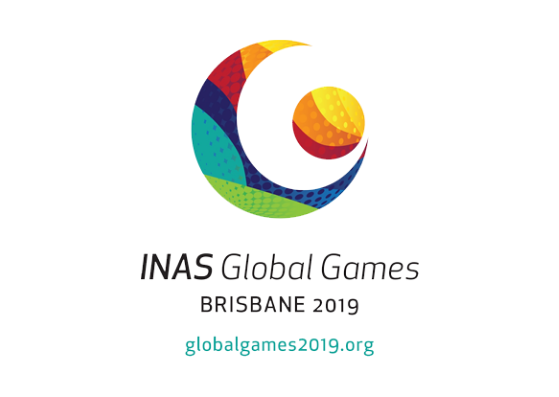 Day two of the 2019 Global Games saw athletics and table tennis get underway as people tuned in from all over the world to follow the competition in Brisbane, Australia, on Monday (14 October).

All three Paralympic sports are being shown live via a comprehensive broadcast for the first time.

Athletes did not disappoint amongst growing awareness of the world’s biggest high performance sports event for people with intellectual impairments.

The atmosphere at Queensland Sports and Athletics Centre was electric, with spectators filling the stands to witness the opening day of competition.

Australia, Russia, and France dominated in several events, and there were notable performances from Portugal, Japan and Thailand.

The day kicked off with the women’s hammer II1. Gold went to France’s Beatrice Aoustin with an impressive 44.06m throw, followed by Portugal’s Ines Fernandes in second with 36.83m.

Australia’s Lillee Wakefield came third in the event, beating her personal best with a throw of 30.99m. She said she was “very excited” to have placed as the Global Games are the highest level she can compete in for her sport.

The men’s hammer II1 was won by Thailand’s Boonkong Sanepoot with an impressive 47.05m, only 0.39m off the World Intellectual Impairment Sport world record of 47.44m. France’s Damien Rumeau came second with 42.54m, followed by Russia’s Alexandre Alexandrov in third with 40.03m.

Over at the women’s triple jump II1, Russia’s Aleksandra Ruchkina took out the gold with an impressive distance of 11.95m. Silver went to Portugal’s Ana Filipe with 10.62m. Aoustin won her second medal of the day, coming in third with 9.84m.

In the new II2 category, Nicolas Virapin made history once again by winning the first men’s 100m World Intellectual Impairment Sport Global Games title in 14.18 seconds. The Frenchmen exploded out of the blocks to lead Australia’s Ethan Parry (15.06) and Sri Lanka’s Pasindu Amarasekara (15.86) onto the podium.

Two world records in the pool

The Brisbane Aquatic Centre was fired up heading into day 2 of the 2019 Global Games. Records were broken and champions were made.

The most notable performance of the day went to Australia, who were crowned champions in the men’s 4x100m freestyle relay (3:39:88) with a new world record.

“It was awesome. The boys did awesome to start me off and we bought it home in the end,” Schluter said.

On taking the gold on home soil Ireland continued: “It’s a pretty good feeling to win this medal on this stage.”

Brazil took home the gold medal in the women’s equivalent, clocking both World Intellectual Impairment Sport and Global Games records with a 4:16:80 finish.

Hong Kong’s Long Tin Chan (4:43:52) swam to victory for his second gold of the competition at the age of 18 – smashing the world record of Japan’s Keichi Nakajima by nearly 10 seconds.

Valeriia Shabalina (4:30:41) set the tone early on for the Russians, claiming gold in the women’s 400 metre freestyle II1 and setting a new Games record.

In the men’s 100 metre breaststroke it was her teammate Artem Pavlenko who was crowned champion in the II1 category, clocking a games record of 1:08:68.

A World record was also broken by fellow Russian, Viacheslav Emeliantsev (28.54), who placed first in the men’s 50m backstroke II1.

It was a big night for Australian Phoebe Mitchell who shone in the women’s 100 metre breaststroke II2 (1:49:54). Mitchell then went on to claim gold in the 50 metre backstroke II2.

*II1 records are subject to ratification by World Para Swimming.

The women’s team time-trial featured a gruelling four laps around the 11km circuit at the Mount Cotton Driving Centre.

“It was just different and it was nice getting to work together for a change,” Byland said.

Global Games debutant Booth said she was nervous but kept her eye on the prize to win the race.

“Half way through the team time trial I was getting tired and then I was just thinking about the finish line,” Booth said.

Russia took silver as they had done at the 2018 Cycling World Championships. Irina Nikitina and Liubov Tarasova stepped onto the podium in second.

In the men’s Leo Collet and Jeremy Teixeira Pereira paired up for gold. Australia took another podium courtesy of Nathan Glarvey and Nathan Broeren with silver whilst India’s Chitharthan Thirumaran and Neel Yadav got India’s first Global Games cycling medal with bronze.

The knock-out stages of the women’s singles II1 saw Russia’s Elena Prokofeva along with Japan’s Kanami Furukawa, Poland’s Dorota Nowacka and Hong Kong’s Ting Ting Wong all progressing to the quarter-finals unbeaten with three wins each.

Meanwhile Hong Kong’s Paralympic bronze medallist Mui Mui Ng and Lola Amalia from Indonesia lost just one game on their way to the next round.

However, it was a much more difficult effort for Ito Maki from Japan who had to come from behind to progress to the quarter finals. It was also tough for Russia’s Anzhelika Kosacheva who played for over half an hour to secure a place.

In the men’s singles II1 the round of 32 saw Russia’s Alexandr Efremov beat Australia’s Rory Carrol 3-0.

The men’s round of 16 then saw those who had earned byes in their group games taking to the tables.

France’s Lucas Creange and Antoine Zhao along with Japan’s Koya Kato also reached the next stage.

Tuesday (14 October) will see the overall winners crowned after the quarter-finals, semi-finals and finals of the men’s and women’s singles take place at the Chandler Arena.

The match ended 7-6(2) to Graham and James, clearly determined to impress on home soil.

Graham continued his winning ways in the round robin stage of the men’s singles II1, beating Great Britain’s Thomas Mellor 6-0.

His fellow top ranked players, Higgins, the No.2 and Czech Republic’s Ondrej Sedlisky, the No.3, also claimed wins.

McBride and Iannotti, the mixed doubles world title-holders, were the victors in their group stage win over France’s Sebastien Faure and Delvas.

Australia shine once again in basketball

Australia had an amazing day showcasing the dedication and passion both men’s and women’s teams have for the sport with spectacular wins from both.

In the women’s 3×3 Australia Green led the hosts’ wins for the day by thrashing Israel 21-0.

They were followed by the unbeaten Australia Gold side taking the winning score of 21-5 against France.

Japan overcame France in a fast-paced game with a score of 20-12.

The men’s double round-robin matches certainly were the highlights of the day with tensions rising between teams as they battled it out to qualify for the finals.

Australia continued their winning streak with an impressive win of 107-59 against Poland in a game that Australian no.4 Jake De la Motte shone, scoring 30 of the winning points and ultimately taking the victory.

Australia and Portugal played a fierce match in their highly anticipated clash as they both fought to remain undefeated. This resulted in Portugal keeping their record with a final score of 81-60.

Stand-out players were Portugal’s No.6 Fabio Soares and No.15 Lukasz Ochmanski.

Australia Captain Joshua Cleary said that the highlight of his Global Games experience was finally getting on the court after 18 months of hard work in preparation for the event.

“It would be a dream come true [to win a gold medal] … to make that happen and win one finally would be awesome,” he said.

Portugal also had a victory against France with a top score of 55-42 with Soares scoring the highest amount of baskets for the match with 31 points.

Hosts have a strong showing on opening day of Global Games

#Brisbane2019: Von Einem shocks Palos to take gold
Scroll to top
We use cookies on our website to give you the most relevant experience by remembering your preferences and repeat visits. By clicking “Accept”, you consent to the use of ALL the cookies.
Cookie SettingsAccept
Manage consent