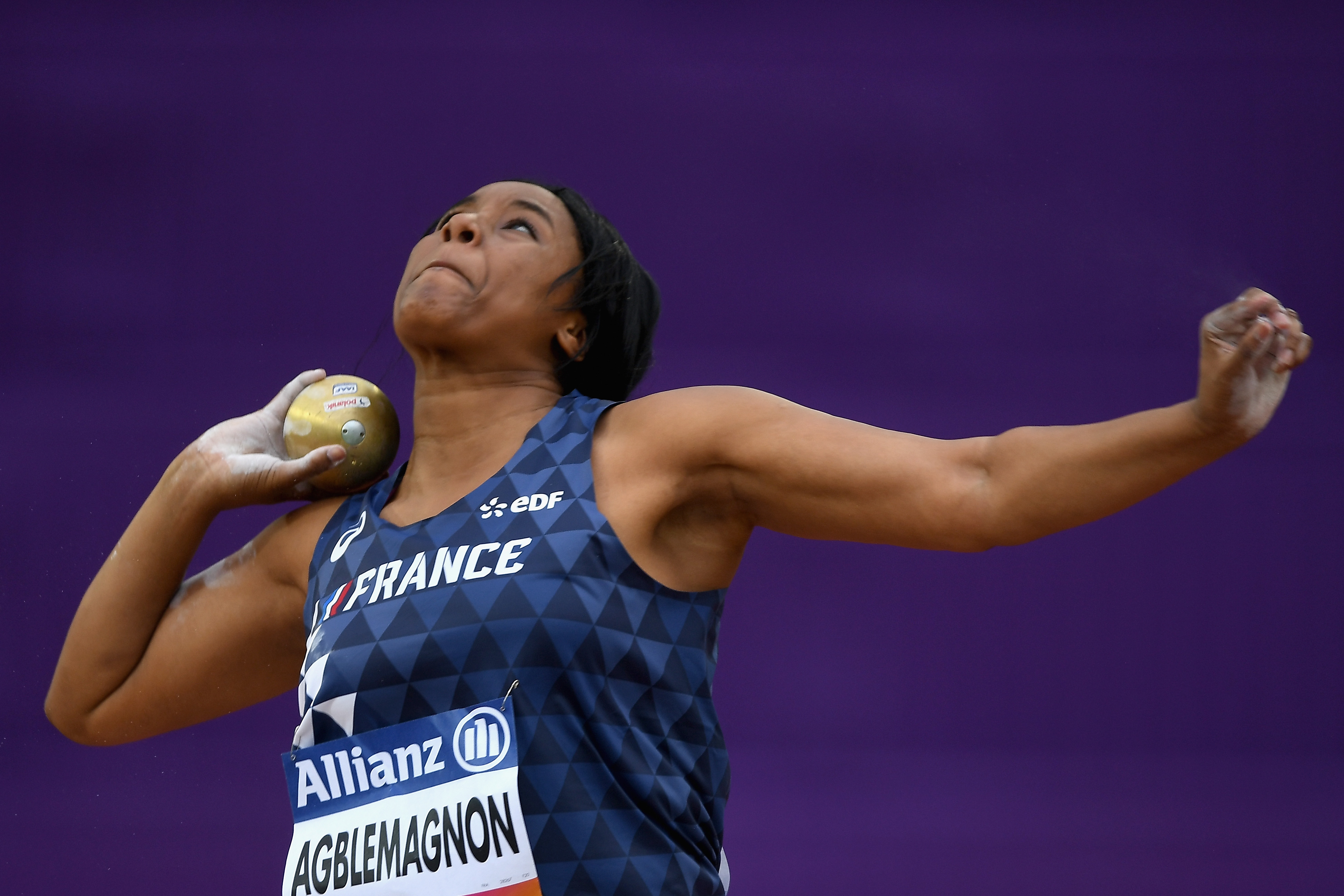 Two years since she made her Paralympic debut aged only 18 at Rio 2016, France’s Gloria Agblemagnon is raring to go again.

Fresh out of a gruelling training session where she is preparing for the 2018 World Intellectual Impairment Sport European Championships Games on home soil in Paris from 14-22 July, Agblemagnon spoke of her aspirations and the road ahead.

“I’m determined to do well in Paris next month”, the 20-year-old said. “I’m going for three medals, hoping to throw over 45m each in the discus and hammer events and over 13m in the shotput.”

The Frenchwoman first discovered she had a talent for the three events when she was 13. “I was better at throwing than other track & field events”, she recalled. “I started with hammer and got into discus and shotput slightly later. By the time I was 15, I had realised this wasn’t just a hobby for me. I wanted to pursue this seriously. I knew I could win medals internationally, but would have to train very hard.”

And train hard she does. She follows a strict weight training regimen guided by her coach, Maxime Bauchet. However Agblemagnon laughs when talking about her diet, saying it is not something she worries about. She puts her dedication on the training ground down to her experience at Rio 2016. “I wasn’t training enough before Rio. It was after that unique experience that I realised the value of training – how much harder I’d have to work to compete at that level.”

The Paralympics were a defining moment, not just from a sporting perspective but also a psychological one for Agblemagnon: “I didn’t realise the scale of the event in the beginning – how big everything would be. But as the days went by, I started getting really stressed. It was difficult.”

Having matured since then, Agblemagnon is determined to set the record straight at the Paralympics in Tokyo 2020 and Paris 2024. “I want to win a medal in shotput at Tokyo. But the biggest dream and motivator for me is to win the gold at home in Paris 2024.”

It is not all fierce competition and training for Agblemagnon though. In fact, one of the main reasons she took up sports is because it helps her maintain balance in her personal life. “Playing these sports gives me great pleasure. It helps me relax. My days become less stressful after I spend time out on the field. I love watching the discus as it flies away through the air. It calms me. I like beating my personal records, sure. But I also like learning about the technical aspects of the sports I play, be it the styles of throwing or how I can improve my rotation. Shotput has become my favourite sport now because of how much time I’ve spent training for it and learning about it.”

2018 World Intellectual Impairment Sport Swimming Open Championships (Americas)...
Scroll to top
We use cookies on our website to give you the most relevant experience by remembering your preferences and repeat visits. By clicking “Accept”, you consent to the use of ALL the cookies.
Cookie SettingsAccept
Manage consent