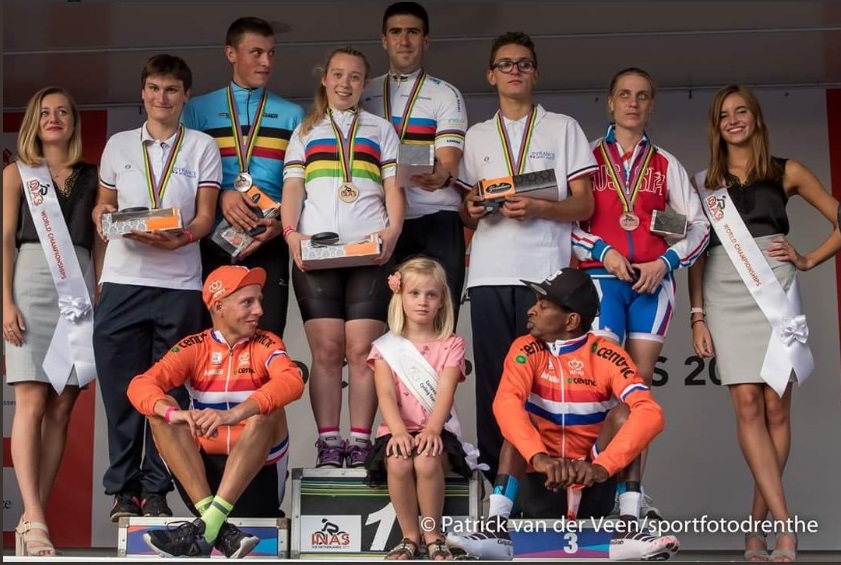 It is what dreams are made of: winning gold at your first World Championships.

That is exactly what Belgian cyclist Lars de Jong did in Assen, The Netherlands, in 2017, winning the men’s road race title and beating defending champion Jeremy Texeira Pereira of France.

He even had a chance to take gold in the individual time trial. De Jong pushed Texeira Pereira all the way and coming within one second of the lead.

“I was very surprised, I never thought I had a chance to be the world champion in my first try! I cannot describe how I felt, everyone was so happy,” de Jong said.

But de Jong knows it will not be easy to return to the top three.

“There are cyclists such as Dutch riders Davy Mertens and Jonathan Duinkerke, French athletes Jeremy Texeira Pereira and Alexandre Morel, who were really strong in Assen at the World Championships.

“I am not sure how I can beat them this time but I am going to work very hard and try to win.”

Duinkerke was a bronze medallist from the road race last year behind de Jong. Alexandre Morel took the same colour in the time trial. Davy Mertens was a top five finisher in both events.

Cycling comes natural to de Jong who used the sport to improve himself.

“When I was small I used to go cycling after school to relax. I enjoyed it so much that I joined a cycling club with my dad. I learned to bike there and got a lot of confidence from it,” he said.

He got his competitive start in October 2015.

“There was a G-biking cyclo cross in Antwerp and I really enjoyed that as well. I won the 2016 and 2017 Championships and decided to start road racing as well. When we found out about the World Championships in Assen, we tried to see if I could participate and I was allowed to. It was amazing, I came second in the time trial and won the road race!”

De Jong says his life is all about cycling: “It gives me confidence and I feel calm and safe when biking. My problems disappear when I get on my bike.”

World Intellectual Impairment Sport is seeking a UK based member for our Legal...

Agblemagnon targeting home hat-trick
Scroll to top
We use cookies on our website to give you the most relevant experience by remembering your preferences and repeat visits. By clicking “Accept”, you consent to the use of ALL the cookies.
Cookie SettingsAccept
Manage consent