Athletes from 25 countries marched in their colourful national uniforms from Reddacliff place, down Queen Street Mall and into King George Square for the opening ceremony. The ceremony was attended by Helen Croxford, President of the Sport Inclusion Australia Board and Chair of the OA Games 2022 Organising Committee, Duane Kale Vice- President of the International Paralympic Committee, Counsellor Angela Owen, from Brisbane City Council who was also representing the Lord Mayor of Brisbane, Jessica Pugh representing the Premier of Queensland, Barry Holman, Secretary General of Virtus, Patrick Chan, President of Virtus Asia and Governing board member of Virtus and Robyn Smith OAM, CEO of Sport Inclusion Australia, Virtus Vice President and IPC Governing Board Member at Large, Member-elect Organising Committee for the Olympic and Paralympic Games Brisbane 2032.

The celebration was started by Shannon Ruska who performed a traditional ‘smoking ceremony’ of the stage for the official welcome to the country. This was followed by the Australian National anthem recitation by Emma Tomlinson and the DLDC choir and an exhilarating gymnastic performance by the Dynamite studios.

Welcoming the athletes and officials from OA regions, Jessica Pugh mentioned, “It’s really, really special to be here on the land of the oldest continuing living culture here in Australia. For me, sport is always about being part of something bigger than yourself. We absolutely love to see how sports contribute to Australia and the Queensland Government and are really proud to be able to provide a bit of a contribution financially“.

Angella Owen, who also attended 2019 Global Games, was thrilled to come back to the OA Games and expressed how significant both the 2019 Global Games and the 2022 OA Games are for the city of Brisbane, especially at this point in time when the city is gearing up to host the 2032 Olympics and Paralympic Games. She further added, 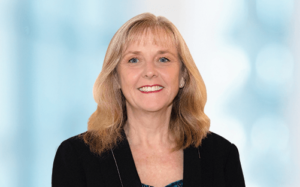 “We have been working extremely hard to make sure our city is accessible and inclusive and I know that as we go into the lead-up for 2032. We have more things to do but we are up for the challenge, just like each one of you has taken on a challenge in your sport to be the best that you can be. We all speak one language – sport. It has a capacity for inclusion and achievement and these games are recognised for all the hard work, dedication and effort each and every one of you has put into your chosen sport. I’m looking forward to seeing many of you participate and compete. I think it’s going to be wonderful when you get that opportunity to stand on those medal podiums and actually receive the reward for your efforts. We recognise each and everyone of you for your ability, for your determination. And for your success, welcome to Brisbane“.
Duane Kale, the Vice-President of the International Paralympic Committee was also delighted to be attending the games. 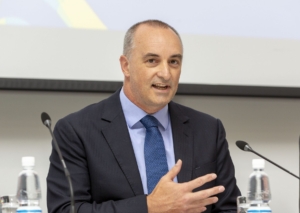 “It’s an absolute privilege to see the nations run in the true spirit of inclusion. It has not been limited to Oceania in Asia and as you’ve seen from the flags behind me, we have representatives here from many parts of the world and that’s what inclusion is about. IPC is delighted to see the pathways that your countries and your governments are providing about opportunities for people with an intellectual impairment to participate in sport and not just participate to make a career out of a sport, and to change your lives and to change the lives of others that will follow in your footsteps.”

Robyn Smith emphasised how important this combined regional game is for both the Oceania and Asia regions, and how this event will provide an opportunity for athletes to not only compete but also to get classified in their region without requiring them to travel to a different continent. 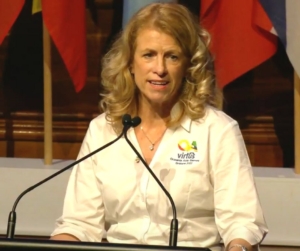 “We’re really honoured to have you all here in Brisbane, Australia. It wouldn’t be possible if not for the three tiers of government that have supported us in such a substantial way, the Federal Government, the Queensland Government and the Brisbane City Council who after our success in the 2019 Global Games and a horrible pandemic, decided to support us again to allow us to do this.”

Further, she also stated, “We’re also delighted to be able to work with the International Paralympic Committee and offer classification for many of you. So in the three pathways that go through to the Paralympics, it’s been wonderful to have the classifiers from all around the world be here in Australia to offer that opportunity for you where you strive for Paris 2024 and as Duane said, LA 2028 and potentially Brisbane in 2032.”

The OA Games athlete ambassador Alberto Campbell and Caitlin Papworth took the athlete’s oath which was followed by technical officials Patricia Terrarium and Patrick Kellen who took the official oath for the OA Games. For the next seven days, the multi-sport event will offer competitions in eleven sports: Athletics, Basketball, Judo, Swimming, Table Tennis, Triathlon, Sailing, Cycling and Rowing, and a demonstration of Taekwondo as well as Badminton.

Virtus wishes the athletes all the best for the events ahead. For those who missed it, here is a recording of the spectacular opening ceremony.

Australia leads the medal tally on Day-1 of the OA Games
Scroll to top
We use cookies on our website to give you the most relevant experience by remembering your preferences and repeat visits. By clicking “Accept”, you consent to the use of ALL the cookies.
Cookie SettingsAccept
Manage consent