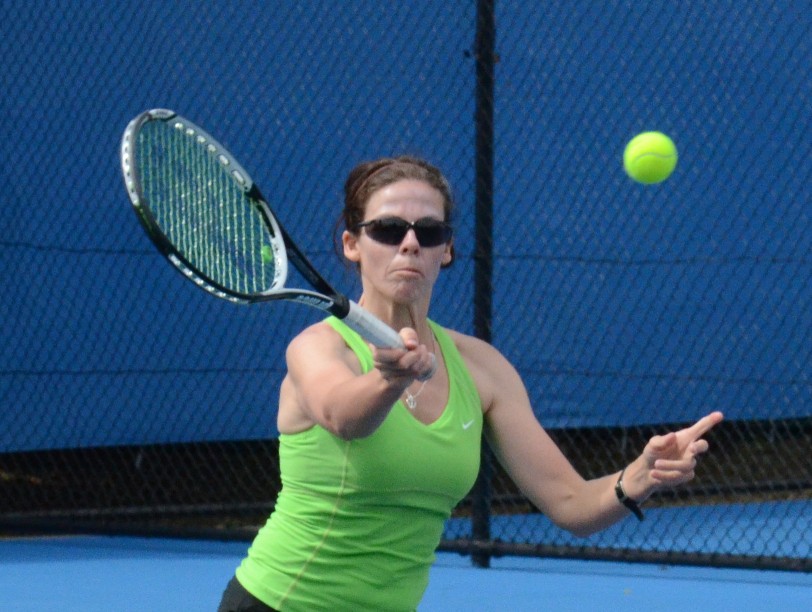 Australia tennis player Kelly Wren is training hard with her sights firmly fixed on a medal at her home 2019 Global Games in Brisbane in one year’s time.

Wren is in good form this year, having made it onto her fifth career podium at the 2018 World Intellectual Impairment Sport Tennis World Championships in Paris, France.

The Australian left with bronze, and is now focused on the Global Games.

“The courts were good, and I enjoyed seeing the city of Paris,” she said. “I am (practicing) hard to improve my game so I can play my best tennis [in Brisbane].”

Wren is also the defending champion at the Games, having won every edition since 2004.

Of her first victory 14 years ago, Wren reminisced about hearing her national anthem played for her for the first time: “It was very exciting to win my first medal in Bollnäs, Sweden. Australia had a big team, and we had lots of support.”

But the game that Wren has dominated over the years has attracted more and more world class players who have challenged her position at the top.

These include compatriot Carla Lenarduzzi and Great Britain’s Anna McBride who claimed the world title in Paris at the age of just 14.

Talking about the competition she will face at the Global Games, Wren said, “Every opponent challenges me, so I need to make sure I am well prepared.”

The Australian has been playing tennis since childhood: “I started being coached when I was eight years old,” Wren says. Wren then played in her first competition for players with intellectual impairments in 1996.

The Aussie sportswoman enjoys the competitions which have become more frequent. World Championships now take place every year, which according to Wren, helps players judge their game.

The sport has also helped Wren become self-confident and independent: “I have become a positive person and able to be flexible if needed.”

The 2019 edition of the Global Games is expected to attract 1,000 athletes competing in ten sports from 12-19 October.

Miyares: I want to break as many records as possible at Global Games

Athletes to line-up for World Intellectual Impairment Sport Athletics Half Marathon...
Scroll to top
We use cookies on our website to give you the most relevant experience by remembering your preferences and repeat visits. By clicking “Accept”, you consent to the use of ALL the cookies.
Cookie SettingsAccept
Manage consent