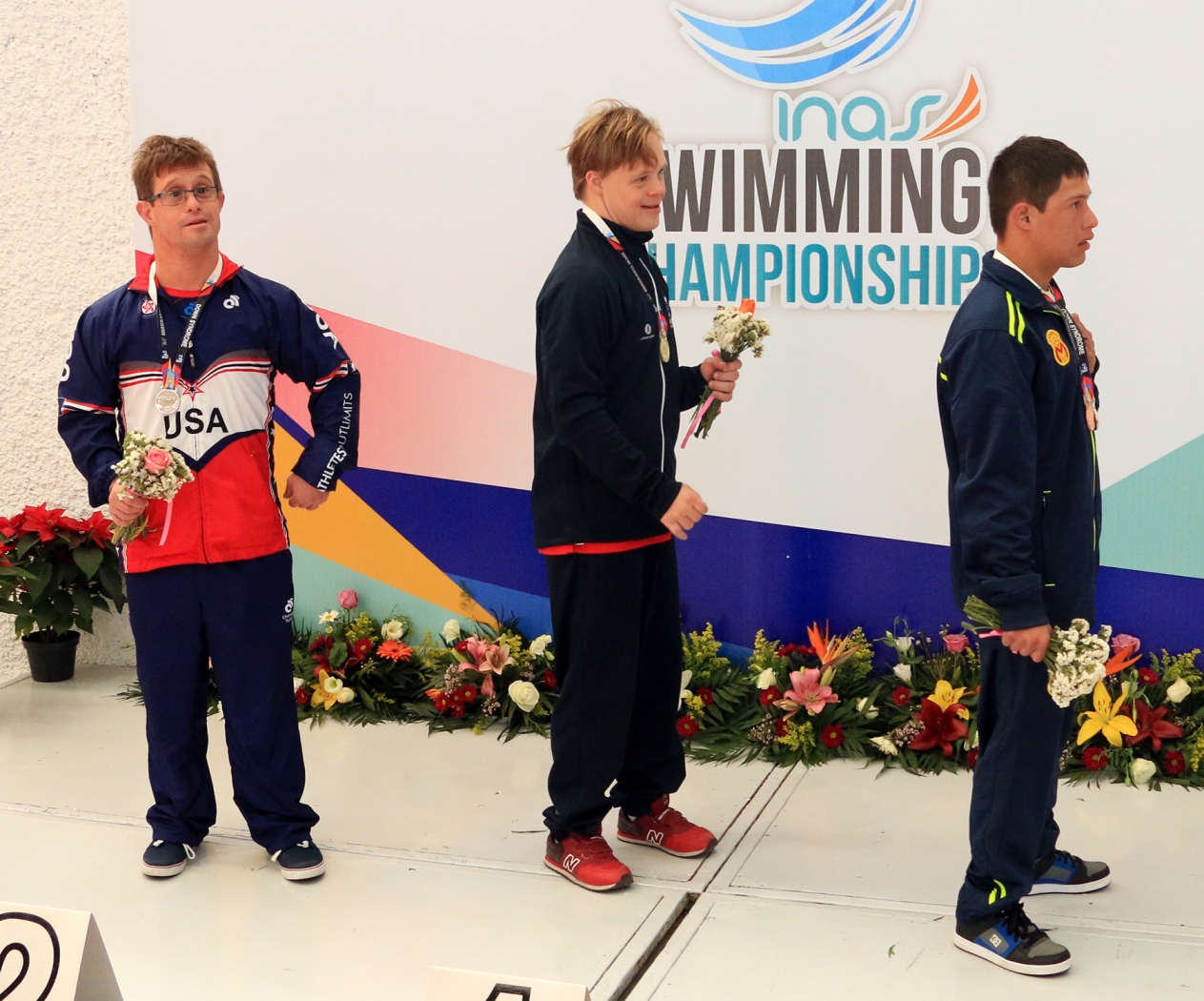 The USA’s Andy Miyares – one of his country’s best and most famous athletes – has his eyes set on a new prize in one year’s time.

The 35-year-old is aiming to be one of the first swimmers with Down syndrome to compete at a Global Games in Brisbane, Australia.

In 2017 Virtus: World Intellectual Impairment Sport added a trial category to its competition programme – II2 – for athletes with a more significant impairment. The aim is to provide high performance sports opportunities to more athletes with intellectual impairments.

The II2 group made their debut at the World Intellectual Impairment Sport Swimming Championships in Aguascalientes, Mexico, in November 2017 where Miyares claimed silver in the 200m butterfly.

He did so with the support of Athletes Without Limits, the Virtus: World Intellectual Impairment Sport member organisation in the USA and a passionate advocate for athletes with an intellectual impairment in elite sport.

The Global Games are the world’s biggest high performance sports event for athletes with intellectual impairments. With a successful debut behind him, the American will hope to be selected to travel to Brisbane where the II2 category will be a full medal event in swimming.

With several upcoming competitions, it is peak training season for Miyares. In the pool every day, he strives to be the fastest possible.

With respect to the Global Games, Miyares hopes “to stay in the best shape possible, have all the qualifying times, and be selected to again represent [his] country to the best of [his] ability.” He wants to “break as many records as possible, so the world can see that yes, Downs swimmers have it and do it.”

Miyares has dedicated his life to swimming and holds 34 world and American records to date. It has been an amazing experience for both himself and his family. He has dined with President Clinton in the White House, swam with Michael Phelps at an exhibition event, met with First Lady Michelle Obama, and has even been honoured at the 2017 Excellence in Sports Performance Yearly (ESPY) Awards for his success as an amazing and inspirational athlete.

As an active spokesperson in the international community for people with Down syndrome, Miyares has travelled the globe raising awareness and sharing his catchphrase: Andy is my name. Swimming is my game. And competing is my life.

“Swimming, competing, is really my life. I don’t think I will ever give it up,” he said. “I see Masters swimmers who are so old and still they are competing. So, yes, I will never stop.”

According to his mother, her son’s life “has really been a fairy tale life, surpassing any dream [she] ever had.”

Miyares could once again break new ground in 2019 and add another chapter to his incredible achievements.

The 2019 edition of the Global Games is expected to attract 1,000 athletes competing in ten sports from 12-19 October.

Wren preparing to take on world at home World Intellectual Impairment Sport...
Scroll to top
We use cookies on our website to give you the most relevant experience by remembering your preferences and repeat visits. By clicking “Accept”, you consent to the use of ALL the cookies.
Cookie SettingsAccept
Manage consent