Tokyo 2020 saw record participation of female athletes at a Paralympic Games, an increase by 11 per cent from Rio 2016. Amongst them were 71 athletes with an intellectual impairment whose inspirational performances left a lasting legacy. 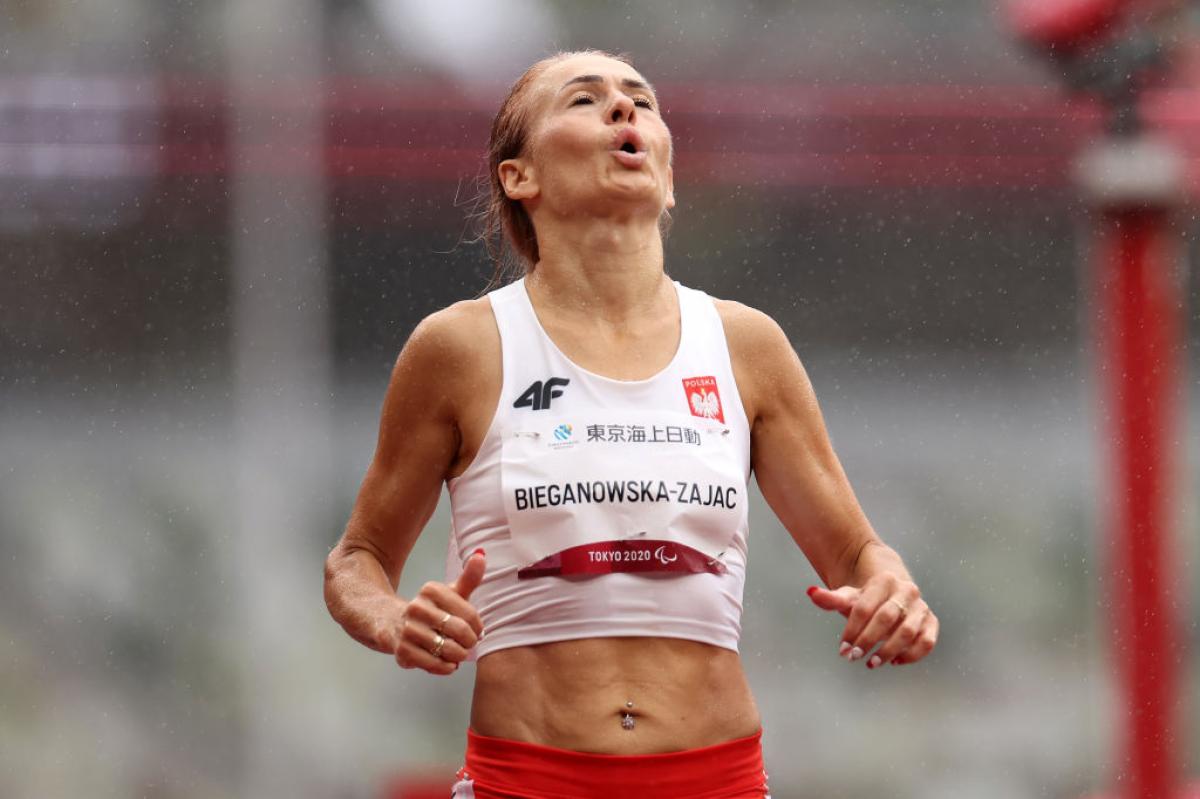 At 40, Polish runner Barbara Bieganowska became four-time Paralympic Champion, defending her title in the T20 1500m. Known as the ‘Golden Basia’, Bieganowska is also the current World and Paralympic record holder and clocked her season-best time of 4:27.84sec. The mother of two, Bieganowska spoke on how she had to balance her family duties and the sport to achieve her goals.

“I love my daughters very much and they know it. I try to spend as much time with them as I can but, I was away doing my preparations for the Games. They knew that mummy was doing what she loves – so they are very happy.”

“It is my passion and also my profession because it helps me earn money too. It’s been 26 years that I am running and participating in competitions, so my daughters know what I do and support me a lot,” said Bieganowska, who also recalled how sports helped her to overcome her intellectual impairment.

“I had problems with learning and could not remember many things or understand some phrases. Even now I have problem filling some paperwork.”

PROKOFEVA- A PARALYMPIC CHAMPION AT 50

RPC table tennis player Elena Prokofeva made her Paralympic debut at Tokyo 2020 this year. At 50, she became the Table Tennis Class 11 champion, to take home the gold, beating Lea Ferney from France.

“I waited a lot for this day, and I just did what I needed to do,” said Prokofeva, who made her international debut in 2014.She is also a two-time World champion (2017 and 2018) and three-time European Champion. 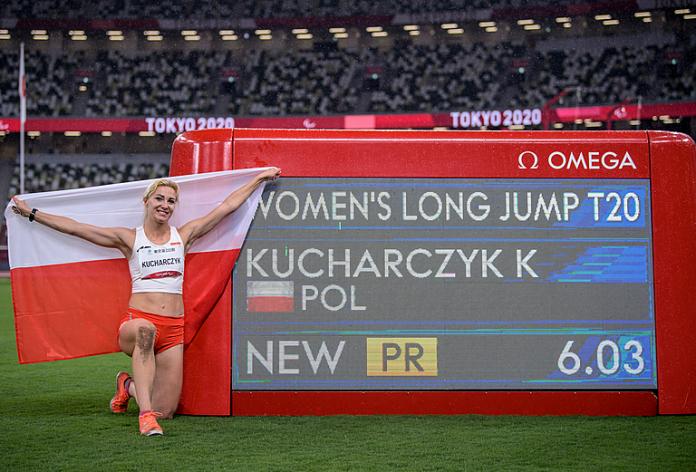 Gold medallist Karolina Kucharczyk of Poland poses next to the scoreboard showing her new Paralympic Record of 6.03 metres. © Joel Marklund/OIS

Karolina Kucharczyk had a historic win at the Tokyo 2020 Games, in the Long Jump F20 event where she broke her own Paralympic record twice to reclaim the title with a jump of 6.03m after nine long years.

Kucharczyk dedicated the gold to her grandparent. “Few days after I won the World Championship in Doha in 2015, I lost my grandmother and then a day after winning a silver at Rio 2016 Paralympic Games my grandfather also passed away.

“Fortunately, my grandpa saw my performance, he even recorded it. I had promised then that I would turn silver into gold in Tokyo and I had worked very hard to fulfil my promise. I’m missing my grandfather, but I know he was with me during my event,” said an emotional Kucharczyk. 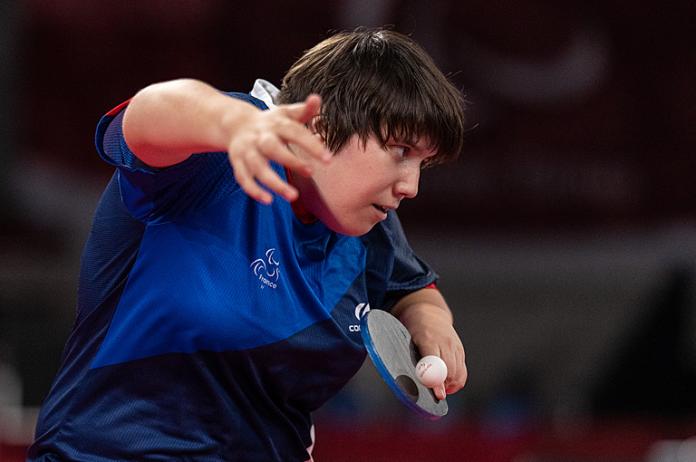 Seventeen-year-old French athlete Lea Ferney was among those who made an impressive debut. Competing in her first Games at Tokyo, Ferney claimed a silver in the Table Tennis Class 11. Ferney lost a hard fought final against World No. 1 Elena Prokofeva 3-2 but was extremely delighted with her showing.

“I was surprised even to get selected for the Paralympics because you have to come first amongst everyone in France. I came here to win. I’m not disappointed with the silver as I’m bringing a medal home. I’m only 17, so it’s only the starting,” said a jubilant Ferney.

British swimmer Jessica-Jane Applegate was among those athletes who found alternatives to stay fit during the pandemic. And her efforts bore fruit as she ended up wining a gold and two bronze at Tokyo 2020.

“I took up cycling to try and keep my fitness up. I swam in my garden, in a swim spa. I actually got into a swimming pool in April and I didn’t get to train long course until June, so I only trained for four months.

“It was really tough. I had to see a therapist for my mental health just to get me ready for Tokyo because it has been really difficult,” said Applegate, who was also a part of the Great Britain 4×100 mixed freestyle team that set a World record.

Athletes with intellectual impairment highlighted at Tokyo 2020 Paralympics
Scroll to top
We use cookies on our website to give you the most relevant experience by remembering your preferences and repeat visits. By clicking “Accept”, you consent to the use of ALL the cookies.
Cookie SettingsAccept
Manage consent