The bid process to identify the host of the 7th Virtus Global Games, to be held in 2027, have been declared open. Simultaneously, the search to find the hosts of the 2026 Regional Games in Americas and Asia/Oceania also began.

With a little more than a year to go to the 2023 Virtus Global Games in Vichy – France, the Games Committee opened the bid process with the aim to announce the winning bid during the closing ceremony in France. 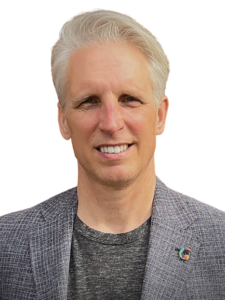 Virtus General Secretary and Games Committee Chairperson, Mr. Barry Holman said, “We are excited to receive bids for the 2027 Virtus Global Games. The Global Games showcase the courage, character, excellence and integrity of the more than 1000 athletes from over 50 countries we expect to gather for competition in 2027. We welcome all bids and stand ready to assist bidders in the process.”

The Virtus Global Games are the pinnacle event for the elite athletes with an intellectual impairment and is conducted every four years, in the preceding year the Paralympics. The 2027 Global Games will be the seventh edition of the games, the first one being held in Bollnas, Sweden, in 2004.

The Virtus Regional Games are a new addition to the Virtus calendar in recent years, and create a pathway to the Global Games. Many athletes have made their major debut at the Global Games and have gone on to winning Paralympic medals.

The 2027 Virtus Global Games will provide an international platform for elite athletes with an intellectual impairment on the journey to LA2028.

Interested Virtus Member Organisations have until 30th June to submit their expression of interest, with full bids being due by 28th February 2023, whilst bids for Regional Games are due no later than 30th November 2022.

Details of the bid process and event specification can be found here.

Two more athletics events confirmed for 2022 programme
Scroll to top
We use cookies on our website to give you the most relevant experience by remembering your preferences and repeat visits. By clicking “Accept”, you consent to the use of ALL the cookies.
Cookie SettingsAccept
Manage consent