After two days of rigorous competition, the 2022 Virtus World Cross Country Championship concluded on Sunday in San Diego, USA. Both long-course and short-course races were offered to the athletes to compete in. Paralympians like Michael Brannigan, Gael Geofrey and Breanna Clark made their way to the championship.

The championship turned out to be of huge success for the host nation, claiming five out of the eight golds from the championship and topping the medal tally. 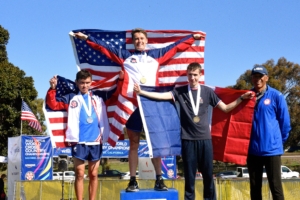 Gael Geoffrey from France, who competed in 1500m at the Tokyo 2020 Paralympics, finished third in both the long course and short course. He was also part of the French team who won the bronze in the Men’s team event. 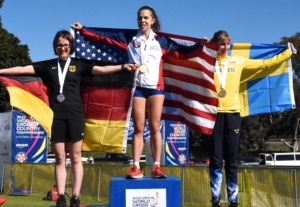 In the Women’s short course race, Kaitlyn Bounds from the host nation won the gold (7:34sec) by defeating Franziska Dziallas from Germany (7:51sec). Sweden’s Aleksandra Gustaffson settled for the bronze. The podium finish was repeated by the American, German and Swedish runners in the exact same sequence in the long course.

Two-time Paralympic Champion in 400m Breanna Clark who tried her luck in Cross country for the first time finished fourth in the short course race. 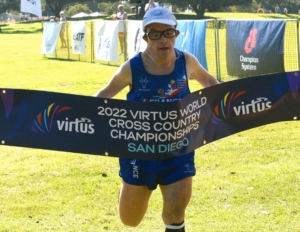 In the Men’s II2 category, Jason David from France became the first athlete ever to participate in a cross-country competition. He was the sole participant in both short and long-course events in the men’s category in II2.

Tennis to be endorsed by ITF at Global Games 2023

Virtus Ambassador and UN Ambassador for ‘Generation Unlimited’.- Yasmine...
Scroll to top
We use cookies on our website to give you the most relevant experience by remembering your preferences and repeat visits. By clicking “Accept”, you consent to the use of ALL the cookies.
Cookie SettingsAccept
Manage consent