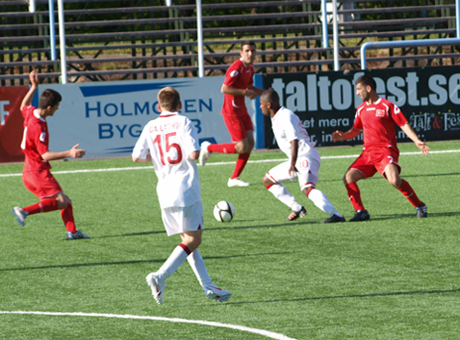 The draw will be shown live at World Intellectual Impairment Sport Youtube channel from 3pm (CEST).

Eight teams including hosts Sweden, Argentina, France, European title holders Poland, defending champions Saudi Arabia, Japan and Russia will go into the draw for the competition being held from 5-18 August.

They will be separated into two groups with the top two teams from each advancing to the semi-finals.

Players will get to experience five stadiums across four different cities in Sweden – Karlstad, Kil, Arvika and Kristinehamm.

The semi-finals will be held on 14 August at Tingvalla. The third place game and final take place in the same stadium on 18 August.

Sweden will get to kick-off the Championships in the opening game, also at Tingvalla, on 5 August.

Schwarz is not the first high profile Swedish player to lend his support to football for players with intellectual impairments.

For the last World Championships in Sao Paulo in 2014 striker Zlatan Ibrahimović paid for the Swedish men’s team’s travel to Brazil.

Groups drawn for 2018 World Intellectual Impairment Sport World Football Ch...
Scroll to top
We use cookies on our website to give you the most relevant experience by remembering your preferences and repeat visits. By clicking “Accept”, you consent to the use of ALL the cookies.
Cookie SettingsAccept
Manage consent