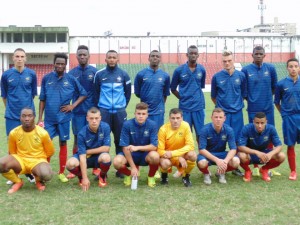 After six games of the Inas World Football Championships in Brazil, South Africa and Poland currently lead their groups on points and goal differences.

Poor weather conditions have led to the postponement of two games, whilst a tragedy which saw Brazilian Presidential Candidate Eduardo Campo killed when his place crashed close to one of the competition venues caused further disruption to the playing schedule.

For full results and news, visit the event web page.

Marie Little OAM Inas European Swimming Championships kick-off
Scroll to top
We use cookies on our website to give you the most relevant experience by remembering your preferences and repeat visits. By clicking “Accept”, you consent to the use of ALL the cookies.
Cookie SettingsAccept
Manage consent