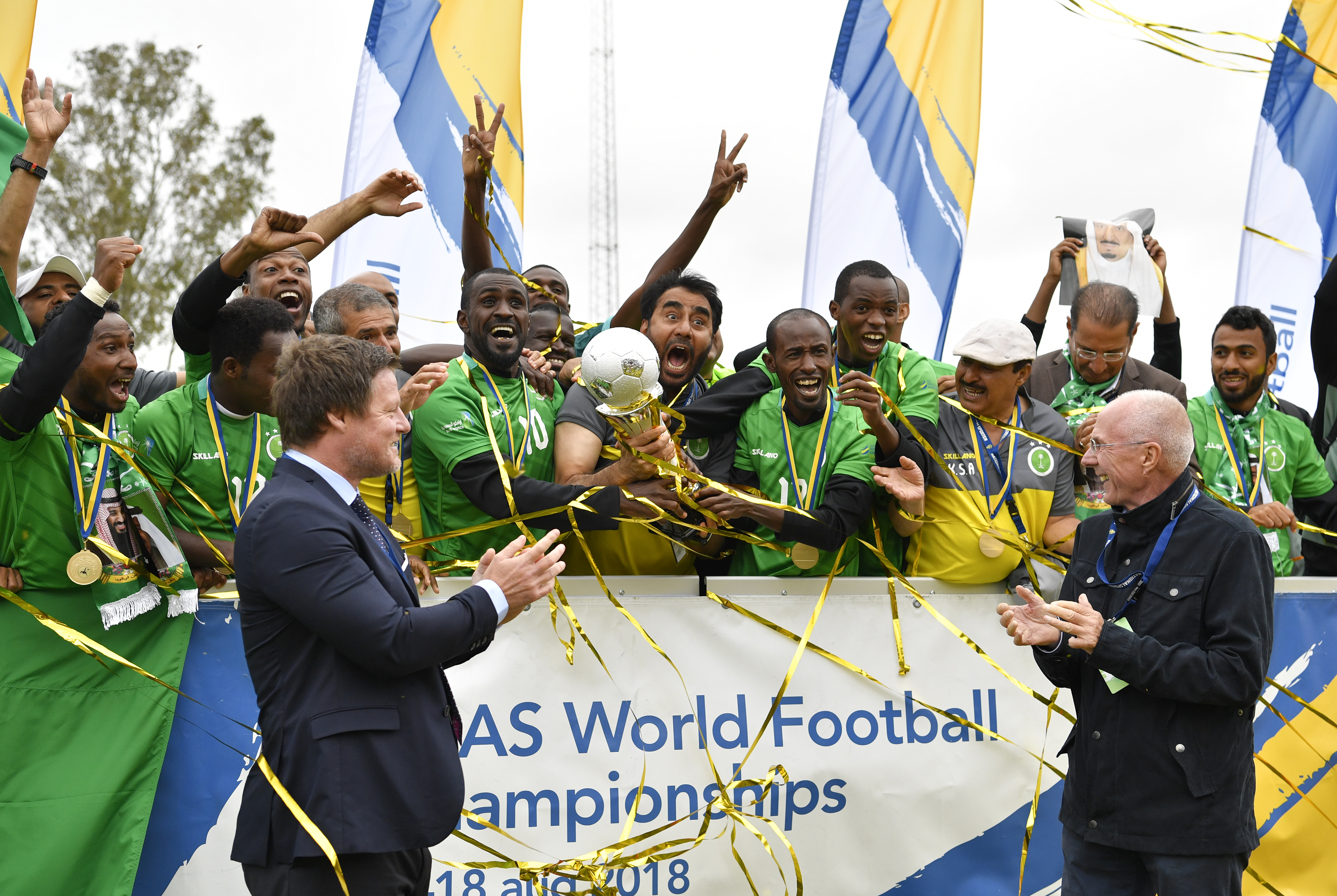 The defending champions swept aside Argentina 2-0, with both goals coming from captain Abdullah Al Dosari.

Aldosari opened the scoring mid-way through the first half with a stunning free kick from just outside the 18-yard box.

Argentina had their chances too, but the first whistle blew with the score at 1-0.

Saudi Arabia then had to hold on until deep into the second half. Al Dosari struck again in the 81st minute from another free kick, close to the same position as his first goal to secure his country’s win.

Speaking after the game Al Dosari said: “It is a great feeling to win the fourth world title and it feels fantastic. I cannot describe the feelings, I am really happy.

Three goals came for Poland in the first half of their 4-1 win over France for third place.

Krawczyk got his team on the board in the 12th minute, adding one more just over 10 minutes later.

Mludzikowski opened his account just before half time from a corner, scoring again in the 63rd minute.

France regained some ground courtesy of Marcel Atanso with five minutes left on the clock, but it was not enough to unsettle Poland.

In the other placement games, Russia beat Japan 5-3 to claim fifth place. Hosts Sweden finished in 7th after their 4-1 win over Germany.

Pierce eyes Tokyo 2020 swimming berth
Scroll to top
We use cookies on our website to give you the most relevant experience by remembering your preferences and repeat visits. By clicking “Accept”, you consent to the use of ALL the cookies.
Cookie SettingsAccept
Manage consent