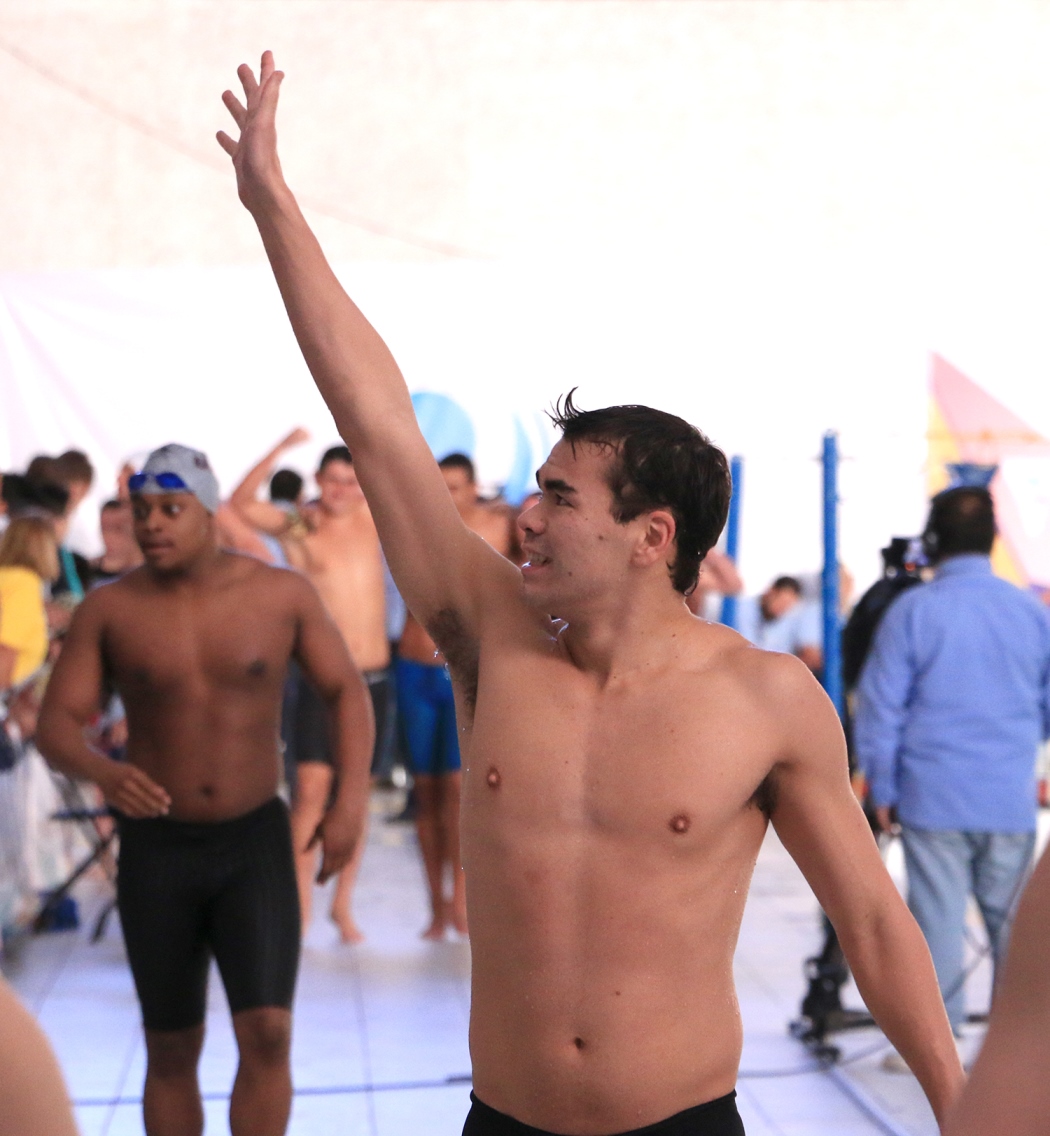 With two years to go until Tokyo 2020, Jonathan Pierce – one of his country’s most promising athletes – is aiming to be the first male swimmer with an intellectual impairment from the USA to compete at a Paralympic Games.

At his first Para swimming meet in 2016, Pierce swam nine races and broke seven national records. Officials after the meet were in awe – they could not believe that they had never encountered him before. This competitiveness persisted as Pierce continued swimming, and he currently holds 14 regional International Federation for Athletes with Intellectual Impairments (World Intellectual Impairment Sport) Americas records and 21 national.

Over the coming 18 months, Pierce is favored to be selected to attend the 2019 Global Games in Brisbane, Australia – a key stop on the road to Tokyo 2020. He is supported by Athletes Without Limits, the Virtus: World Intellectual Impairment Sport member responsible for the Paralympic pathway for athletes with intellectual impairments in the USA.

At the 2017 World Intellectual Impairment Sport Swimming Championships in Aguascalientes, Mexico, Pierce left with three medals, including a gold and two bronzes. This is despite suffering a stomach bug that took him out of competition for nearly two days. Having spent a morning sick in his hotel room, that evening Pierce insisted he swim in the relay so that the US team could compete.

According to Pierce, his goals are to “get faster and to hopefully qualify for the 2020 Paralympic Games in Tokyo.”

Celeste Sychterz, Head Coach of the Athletes Without Limits national team noted: “Johnny is a tremendous competitor. He’s worked incredibly hard to transform physically over the past two years. His performance at the World Intellectual Impairment Sport Swimming Championships, his sportsmanship and his camaraderie with the entire US team is a testament to his success. Johnny is continuing to improve and will make an impact at next year’s Global Games for the US team.”

Already a member of the US Para-Swimming Emerging Team, he is aiming to shed more time and to qualify for the Paralympic B Team. Though there are still standards that he must meet, he is highly motivated to improve his times.

If he qualifies for Tokyo 2020, Pierce would be the first intellectually impaired man to swim in the Paralympics for his country. He would join Leslie Cichocki, who became the first American S14 female swimmer to compete at the Rio 2016 Paralympic Games.

When discussing what Pierce enjoys most about participating in global swimming competitions, he responded: “I like to travel to new countries and compete in swimming. I like to meet new people and make new friends in other countries too.”

Pierce’s natural comfort in the water was evident very young. It lead him to participate in swimming lessons as a child and a competitive swimming programme throughout high school.

In April, competing at home in Indianapolis at the World Para Swimming World Series, Pierce swam against some of the best in the world. He qualified for four finals and moving into ninth place in the world rankings in the 400m freestyle.

Though Pierce’s training schedule is jam-packed, with morning swim practices six days a week and evening gym workouts five days a week, he also benefits from a natural ability in the water.

His father, Tim Pierce, described his son as being really comfortable in water, even at three years of age: “He would float for an hour in the deep end, ears submerged, and laugh when going under.”

Now Pierce will be hoping that what was once a means of sanctuary can deliver the same joy at the highest levels in two years time in Japan.

Wong has her eyes on the prize on the road to 2019 World Intellectual Impairment...
Scroll to top
We use cookies on our website to give you the most relevant experience by remembering your preferences and repeat visits. By clicking “Accept”, you consent to the use of ALL the cookies.
Cookie SettingsAccept
Manage consent