Virtus, the international federation for athletes with intellectual impairments has announced that Poland will host the 2021 World Athletics Championship.

The event will be hosted by the Polish Sports Association Union, SPRAWNI RAZEM, the Virtus member organisation in Poland between 7th – 14th June 2021 at Bydgoszcz–Toruń.

This will be the second Virtus event to be run under covid-safe protocols following the successful European Indoor Athletics which took place in Nantes earlier this month. It is traditionally one of the biggest events in the Virtus calendar and is expected to be one of the final qualifying opportunities for the Tokyo Paralympic Games.

Jose Costa Pereira, Virtus Athletics Director said “Firstly I want to thank our Polish member Sprawni Razem for their extraordinary efforts to host the event amidst these difficult circumstances. Virtus athletes can be assured of a great event in the beautiful town of Bydgoszcz, and we expect a very competitive atmosphere.” 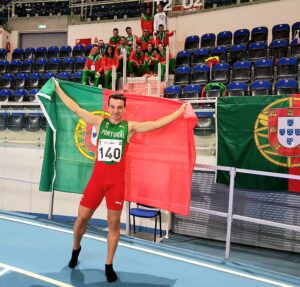 Lenine Cunha (Portugal) is the most decorated medalist in Virtus history. ‘In Bydgoszcz, it will be the eleventh Athletics Championship since my first attendance in Tunis 2001. I will try to continue to fly high in this championship too’ said Cunha. Lenine is a bronze medalist from London 2012 Paralympic Games in Men’s Long Jump F20 and is looking forward to qualifying for Tokyo.  He recently won 3 Gold (Long jump, Triple jump and High jump), two silver (4x200m relay and Pentathlon Sh-Indoor) and one bronze (4x400m) at the 2021 Virtus Indoor Athletics Championship.

Virtus Governing Board grows to include a former elected member of the Michigan Senate.  France to host Virtus World Judo Championships