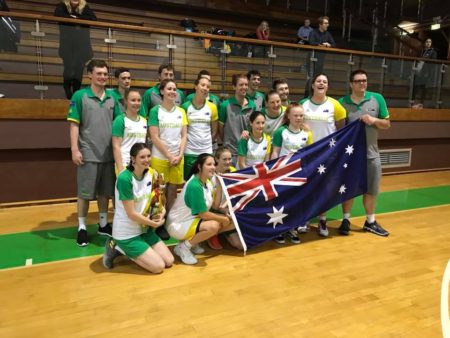 The Golds played their compatriots Australia Green in the final. Both teams dominated the women’s 3×3 competition, the first time the format has been played at a World Championships.

The Greens opened the scoring with two baskets but were eventually overcome by their opponents. Jess McCulloch led the scoring for the silver medallists with four points.

Meanwhile all five players bagged points for the Golds, with Kaitlyn Papworth the top scorer with five points.

Australia were third, beating Poland 88-52. Jake De La Motte was the top scorer for the bronze medallists, netting 111 points over the Championships.

Tri-Nations to get underway with England v South Africa

Brazilian twins aim to make a splash at swimming Champs Stage set for historic 2017 World Intellectual Impairment Sport Swimming Ch...
Scroll to top
We use cookies on our website to give you the most relevant experience by remembering your preferences and repeat visits. By clicking “Accept”, you consent to the use of ALL the cookies.
Cookie SettingsAccept
Manage consent