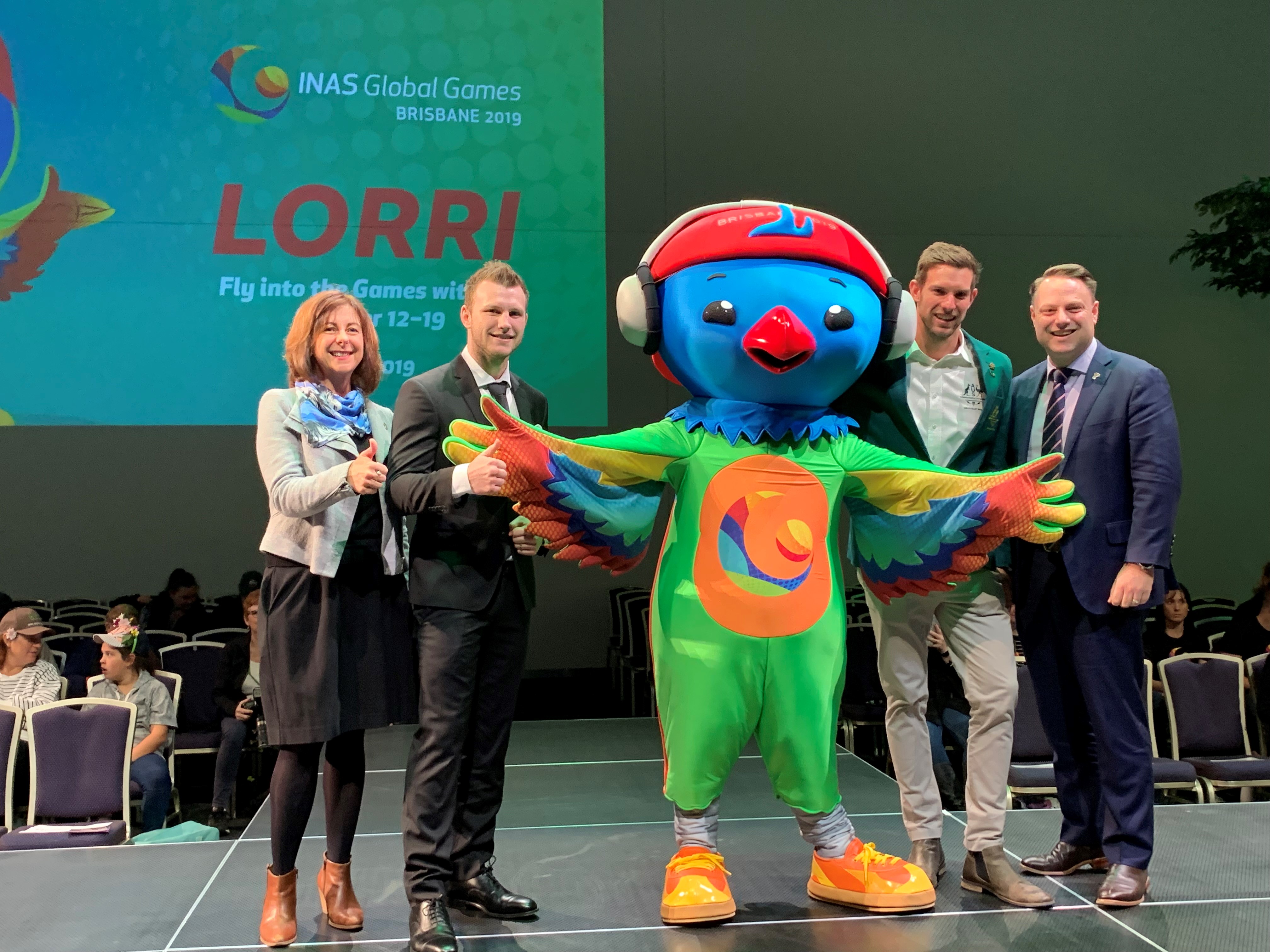 ‘Lorri’ the Lorikeet has been unveiled as the mascot of the World Intellectual Impairment Sport Global Games 2019 (GG2019) today in Brisbane, Australia marking 3 months to go until the opening ceremony.

From her home on the city’s Mount Coot-tha, the brightly coloured rainbow lorikeet spread her wings to join GG2019 Ambassadors, Boxer Jeff Horn and Paralympian swimmer Daniel Fox and Queensland athletes training for the sporting spectacle.

More than 1,000 athletes and 500 officials from 50 nations are expected to descend on Brisbane to compete in 10 sports at key venues across the city including the Queensland Tennis Centre, Sleeman Sports Centre and the Anna Meares Velodrome. 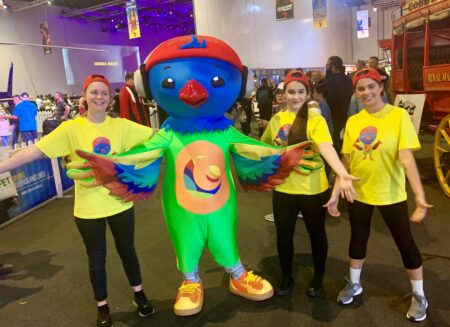 The Lord Mayor of Brisbane, Councillor Adrian Schrinner said he was delighted to introduce ‘Lorri’ as the mascot for the Games saying she had a very important role to play in welcoming athletes, friends and family to the city and the event.

The Lord Mayor added “As Australia’s new world city, Brisbane prides itself on being accessible and inclusive. Brisbane’s world-class sporting facilities and beautiful climate will provide the ideal environment for elite performances.”

Premier Annastacia Palaszczuk said Brisbane, Queensland was proud to be chosen as the host city for the World Intellectual Impairment Sport Global Games 2019, an event that would epitomise inclusivity and celebrate the incredible talent of athletes with an intellectual impairment from all over the world.

“This is a first-rate sporting event and consolidates Queensland’s position as a world-class events destination and we look forward to welcoming athletes from as far China, Brazil, Japan, New Zealand, France, Great Britain and America,” the Premier said.

GG2019 Ambassador and world champion Boxer, Jeff Horn said the Games will be a great celebration of world-class athletes competing for their countries and enjoying their sport at the very top level in a friendly and inclusive environment.

“And having a colourful Brisbane local like Lorri the Lorikeet, who loves a good chatter is a great way to spread the word about GG2019 and encourage the community to get on board and enjoy a truly world-class sporting event this October,” Mr Horn said.

World Intellectual Impairment Sport Global Games 2019 CEO, Robyn Smith said Lorri the mascot would play a huge role in promoting GG2019 and all that the event stands for.

“Lorri is a rainbow lorikeet with a love for sport and a larrikin spirit. She refused to be ‘pigeon holed’ as different when her unique wing pattern and distinctive mark on her chest meant she wasn’t the same as the other lorikeets she played with… instead, Lorri embraced her individuality and set about making her mark on the flock.

“Lorri will fly the flag for inclusion for all and celebrate diversity in our community and the fact that being different does not mean you cannot achieve greatness in sport and life.”

“Lorri has a big personality and a big heart and will welcome our national and international athletes, sporting delegates and visitors with open wings,” Ms Smith said.

The World Intellectual Impairment Sport Global Games Brisbane 2019 will take place over seven intensive days of competition from 12-19 October with athletes from around the globe contesting 10 internationally sanctioned sports.

Iran’s futsal team ready to challenge for gold in Brisbane

Tokyo 2020 Paralympics schedule revealed
Scroll to top
We use cookies on our website to give you the most relevant experience by remembering your preferences and repeat visits. By clicking “Accept”, you consent to the use of ALL the cookies.
Cookie SettingsAccept
Manage consent