A total of 32 athletes with intellectual impairment, 16 men and 16 women took part in the competition in the Class 11 category. Players who attracted the greatest attention were the returning Paralympic Champions. However, major casualties occurred in both men’s and women’s matches where many Tokyo2020 medallists failed to progress to the semi-finals.

Australia’s Samuel Von Einem was beaten by Kim Chang Gi by 3-2 in the first round whilst in the quarterfinals, Hungary’s Peter Palos lost to Kim Gi Tae from South Korea 3-0, and Cuesta Eduardo from Spain took down Lucas Creange (FRA) 3-2. 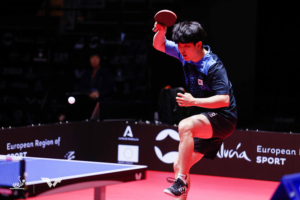 From not qualifying to the semi-finals at the Paralympic Games last year to becoming the World no.1, South Korea’s Kim Gi Tae made quite a comeback. He emerged as the most successful player of the championship, securing gold in all three possible events – men’s singles, men’s doubles, mixed doubles – the only player to achieve the feat.

In Men’s singles, Gi Tae overpowered Kim Chang and claimed the championship title by 3-0 (11-7,11-7,11-3) whilst in the doubles he and partner Jeong Kyuyoung grabbed the top spot on the podium by 3-0 win over Japan’s Takes Takemori and Kate Koya. Zhao Antoine and Ivaldi Timothe from France settled for the Bronze.

In the Women’s section, beating Maki Ito from Japan by 3-0, French superstar Lea Ferney secured herself a spot in the finals. Meanwhile, Polish player Lysiak Krystyna ended the hopes of Nowacka Dorota (POL) and entered the finals by 3-0.

In the finals, determined to win the championship, Tokyo 2020 silver medalist from France crushed her Polish opponent Lysiak Krystyna by 3-0. 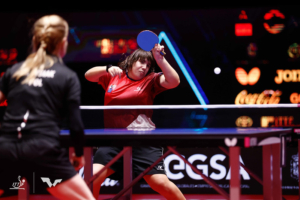 “I am glad to win the Gold. I started at 3rd rank and I am the first now, its a great feeling. Me and my coach prepared strategies before the competition and watched videos, and tried to do as we decided. This competition was great.” said Lea Ferney.

Tennis to be endorsed by ITF at Global Games 2023
Scroll to top
We use cookies on our website to give you the most relevant experience by remembering your preferences and repeat visits. By clicking “Accept”, you consent to the use of ALL the cookies.
Cookie SettingsAccept
Manage consent