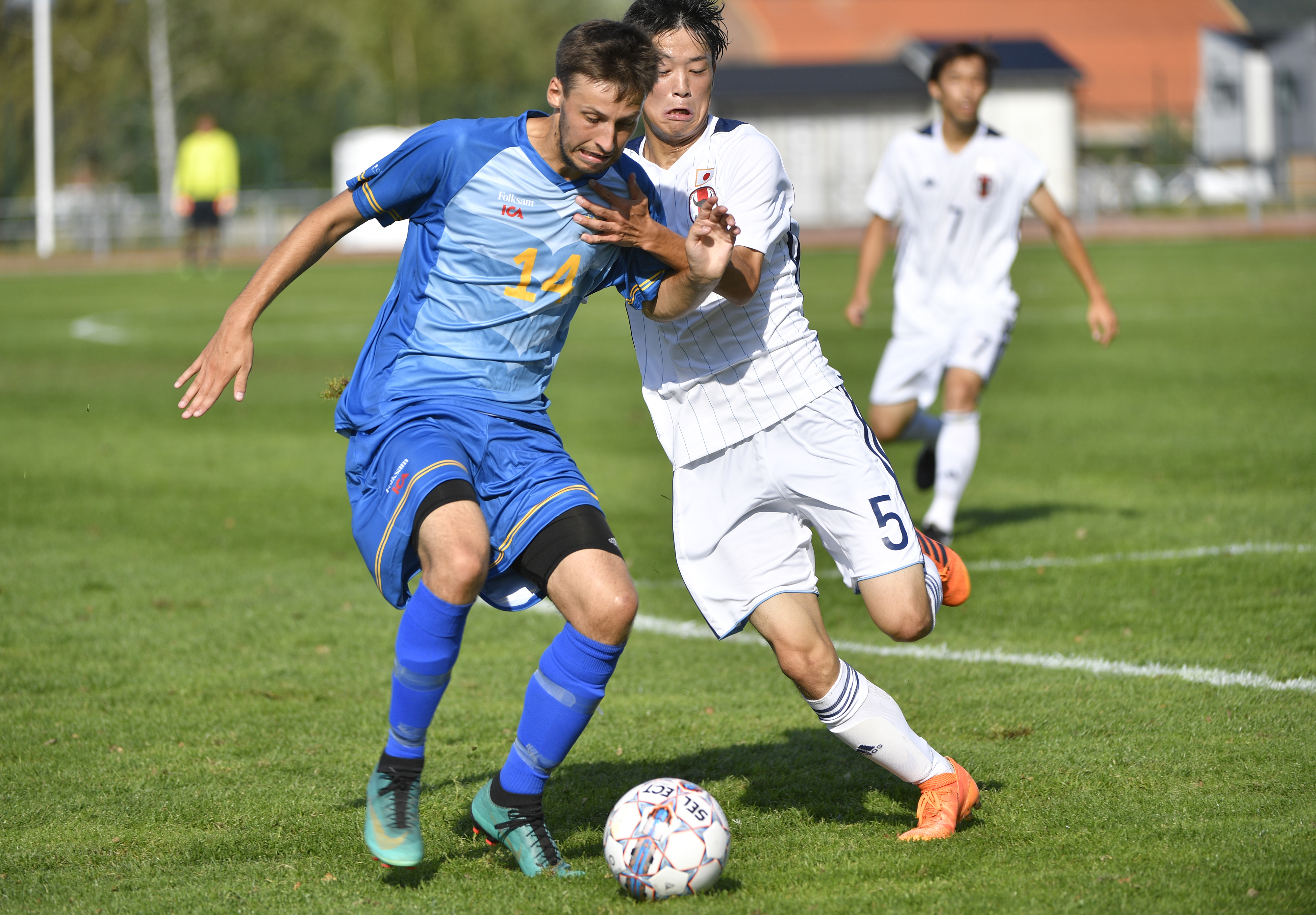 The win means Japanw will advance to the fifth-place play-off, when they will play Russia after their 9-0 rout over Germany.

In normal time Japan achieved a 39th minute breakthrough from a Hiroto Adachi with a close range finish into the Swedish net.

Kazuma Kimura made a searching run into the box and the Swedish defence failed to clear the ball. It rolled across the five-yard box and Adachi slotted the ball home to give Japan the lead at half-time.

As the sun continued to shine, many local fans brought deck chairs and settled down for the second half.

Their loyalty was nearly rewarded early on when Sweden just missed a shot on goal. The hosts then equalised with an 84th minute goal with centre back Houssein Soumare heading in a quality cross.

Neither team could produce a goal in extra time and with the weather players were tiring. The game was destined for penalties.

Both teams delivered some quality kicks. However it was Sweden who made the first mistake, when Hidemitsu Uchibori saved their third penalty.

Japan’s Takuya Taniguchi stepped up to win the match 5-3. The Japanese were delighted and immediately celebrated with their coaching staff.

Yuki Urakawa netted Japan’s third penalty: “I am happy with the win. We have a strong heart that got us the goals,” he said. “We believed in our goalkeeper.”

Russia will face Japan for fifth place after they produced a stunning 9-0 victory over Germany in Wednesday’s second game.

The Russians started the first half with lots of chances and the Germans could not cope with their attacking play, finding themselves 5-0 down at half-time.

A goal from Beglar Galustian in 27th minute gave Russia the lead. That was quickly followed by another from Ivan Romanov less than 60 seconds later.

Alexey Shcherbakov and Dmitry Bugaev scored in the 32nd and 44th minute respectively before Romanov doubled his goal count right before the first whistle.

Despite their comfortable lead Russia did not hold back in the second half.

Germany gave away a penalty in the 74th minute, calmly slotted in by Bugaev.

That gave Russia a boost and when Andrey Alexeev came on as a substitute he scored twice to bring their lead to 8-0. In the final minutes of the game, Dmitry Kazakov scored the ninth and final goal.

Afterwards an overwhelmed Bugaev said: “It was a good game. We will enjoy this wonderful victory today and then we will work on the next game against Japan.”

The semi-finals between Argentina and Poland and Saudi Arabia v France will take place on Thursday (16 August).

Argentina grab final spot after dramatic win over Poland
Scroll to top
We use cookies on our website to give you the most relevant experience by remembering your preferences and repeat visits. By clicking “Accept”, you consent to the use of ALL the cookies.
Cookie SettingsAccept
Manage consent