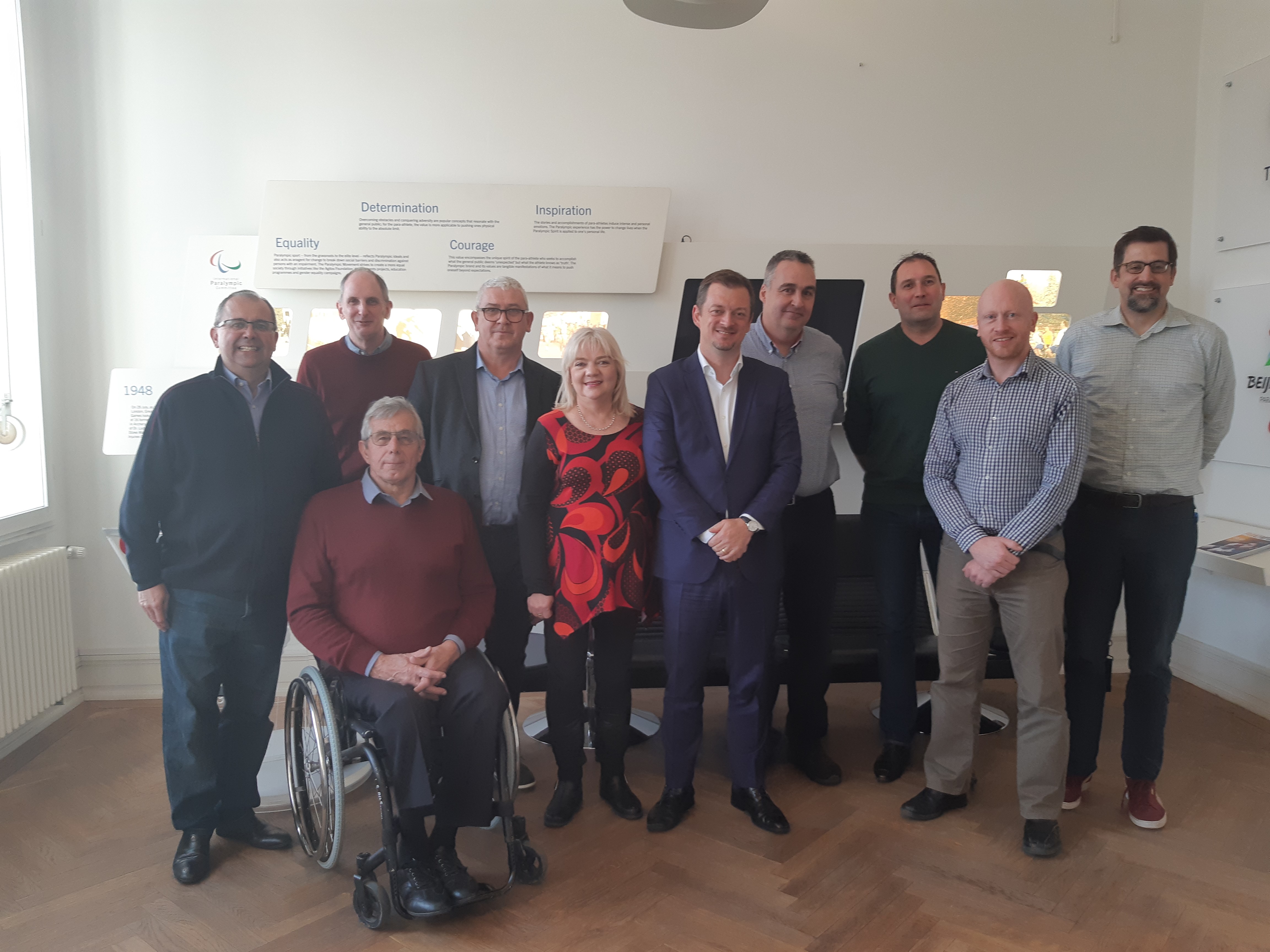 Representatives of the four International Organisations of Sport for the Disabled (IOSDs) – the founders of the International Paralympic Committee (IPC) – gathered in Bonn, Germany, recently to meet with IPC President Andrew Parsons and Chief Executive Officer Xavier Gonzalez.

At a meeting on 22 January, Parsons and Gonzalez reaffirmed their strong support for the IOSD’s within the Paralympic movement and the significant work they do to support the athlete pathway.

“The IOSDs play a significant role in the development of the Paralympic Movement and work in close partnership with the IPC,” Parsons said. “We are athlete-centred organisations and together we aim to create more opportunities for athletes from all regions, especially those with high-support needs. We have also discussed how to provide new pathways from grassroots level to elite competition.”

The IPC also made several presentations on classification, their strategic plan, the Agitos Foundation and other current topics.

The IOSDs highlighted their individual activities, including their respective multi-sport events for the different impairment groups and the role they play in helping Para athletes on their way to the Paralympics. They also talked about the wide range of opportunities for athletes beyond the Paralympic Games, such as in those sports not currently on the programme.

The part IOSDs have in bringing more athletes with high support needs through the system was another topic that led to a good discussion.

As well as joint meetings, individual meetings were held between the IOSDs and key IPC staff. The gathering is now expected to take place at least once a year.

Working alone and together, the IOSDs play a key role in the development of Para sports through competitions, training, education and advocacy for athletes and people within the Paralympic Movement and beyond.

IWAS will host its World Games 2019 in Sharjah, United Arab Emirates (UAE), from 12-16 February. World Intellectual Impairment Sport stages the Global Games in Brisbane, Australia, from 12-19 October. Both events feature multiple sports, some of which are qualifiers for the Tokyo 2020 Paralympics, and are expected to attract hundreds of athletes from around the world.

IBSA will host its General Assembly in July 2019 in Fort Wayne, USA, where it aims to bring together members to agree on a new five-year strategy. The centrepiece of this is for IBSA to become the world’s leading organisation for developing sports for people with visual impairments inside and outside the Paralympic Games.

CPISRA hosted its World Games in 2018 in Sant Cugat, Spain. It has also been instrumental in growing RaceRunning, which was added to the World Para Athletics programme at the European Championships in 2018. The sport will now also appear at the 2019 World Championships in Dubai, UAE.

Going for gold: Duinkerke on the road to Brisbane 2019
Scroll to top
We use cookies on our website to give you the most relevant experience by remembering your preferences and repeat visits. By clicking “Accept”, you consent to the use of ALL the cookies.
Cookie SettingsAccept
Manage consent