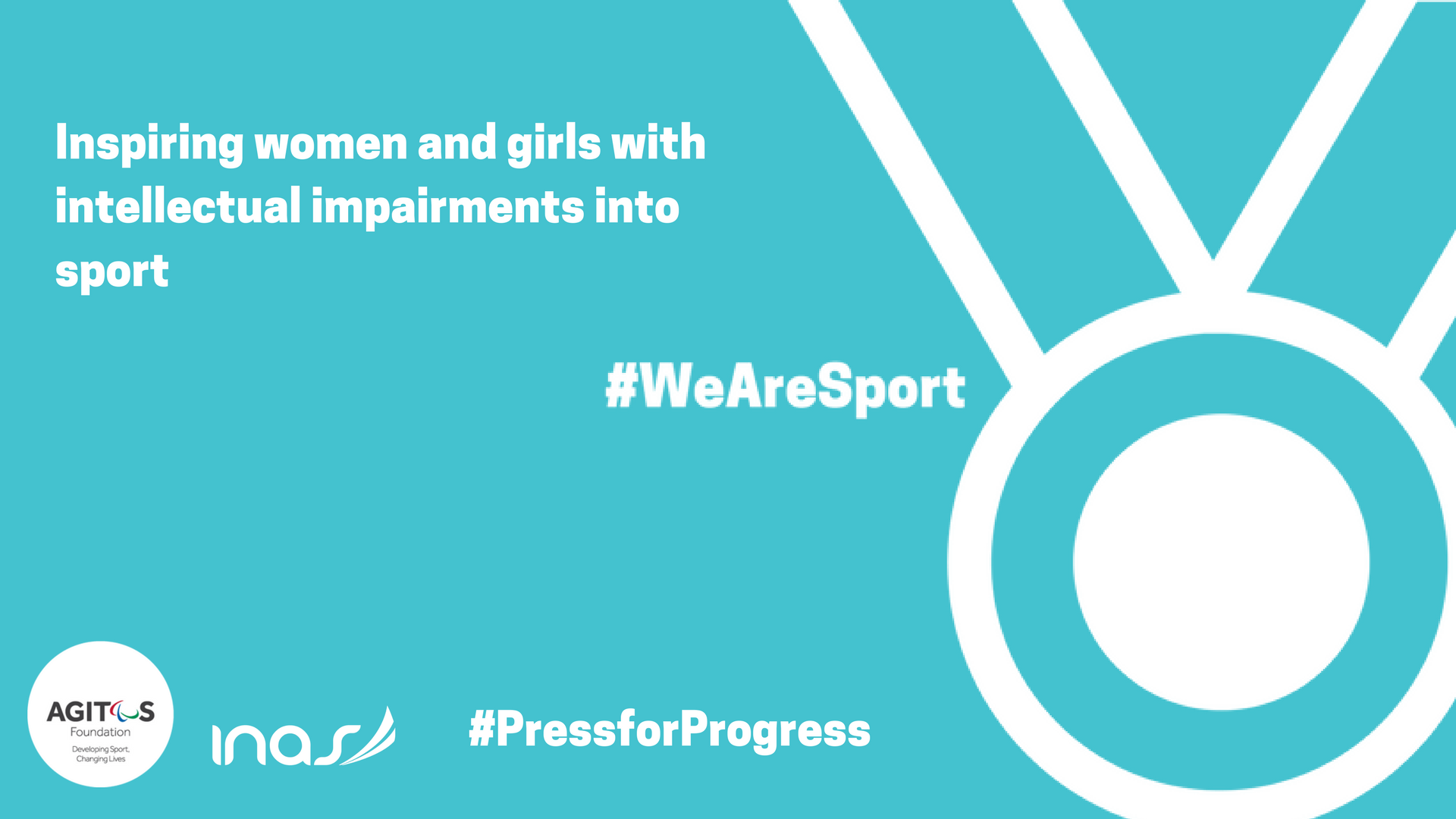 A series of female athletes are being celebrated online to mark the International Day of Sport for Athletes with Intellectual Impairments (IDSAII) on Thursday (20 September).

By the end of September, 11 swimmers, track and field stars, tennis and table tennis #SportChampions will have taken part in seminars to give them the tools and knowledge to improve their digital presence. They have all been supported by administrators from within their World Intellectual Impairment Sport member organisations, ensuring the project can be spread to other athletes in the long term.

For one week starting on 20 September, World Intellectual Impairment Sport will publish athlete stories on inas.org and graphics featuring their social media handles to help build the following of the participants.

World Intellectual Impairment Sport has also published guides to setting-up and using social media in different languages on a dedicated section of its website for all athletes and members to access.

World Intellectual Impairment Sport Vice President Robyn Smith has been involved in the campaign as a firm advocate of women in sport.

“The athletes in #WeAreSport range from those just starting out to experienced Paralympians and world champions in a variety of sports,” Smith said. “But not all of them were getting the full potential from social media.

“We knew that we had to do something about the smaller numbers of women and girls with intellectual impairments taking up sport compared to boys and men. Social media seemed like a good place to start as it is accessible to billions of people around the world.

“We had a great response from the athletes and administrators involved. Many went away and immediately started using the ideas they had heard to set-up accounts on platforms they had not previously used, or posting different kinds of content to grow their fanbase.

“We have been delighted with the response and plan to grow the reach of #WeAreSport into the future, including at the World Intellectual Impairment Sport Global Games which Australia will host in Brisbane in 2019.

“This is just one part of our role in developing Paralympic and non-Paralympic sports, adding to our international competition calendar and work on athlete eligibility.”

One of the athletes to participate was US swimmer and Paralympian Leslie Cichocki.

Cichocki said she liked the fact that the sessions were a way of “getting more women involved in sports and having their voices and experiences heard.”

Egyptian swimmer Rahma Khaled also took the aim of #WeAreSport firmly to heart: “I feel more confident, because I saw a new world and [I want] to help other people to become champions,” she said.

Stefanie Pitchian from the Singapore Disability Sports Council is helping swimmer Danielle Moi Yang Ting with her social media. Pitchian said that as a result of the campaign she feels more confident in supporting Moi Yang Ting online.

“She comes to me with different post ideas and she shares with me on how it would be engaging her followers,” Pitchian said.

Since the first wave of #SportChampions were announced in March on International Women’s Day, a further three athletes and three administrators have joined. That brings the total to 11 athletes from 10 countries.

#WeAreSport is supported by the Agitos Foundation, the development arm of the International Paralympic Committee, through their 2017 Grant Support Programme.

Cichocki helps promote female athletes through #WeAreSport
Scroll to top
We use cookies on our website to give you the most relevant experience by remembering your preferences and repeat visits. By clicking “Accept”, you consent to the use of ALL the cookies.
Cookie SettingsAccept
Manage consent