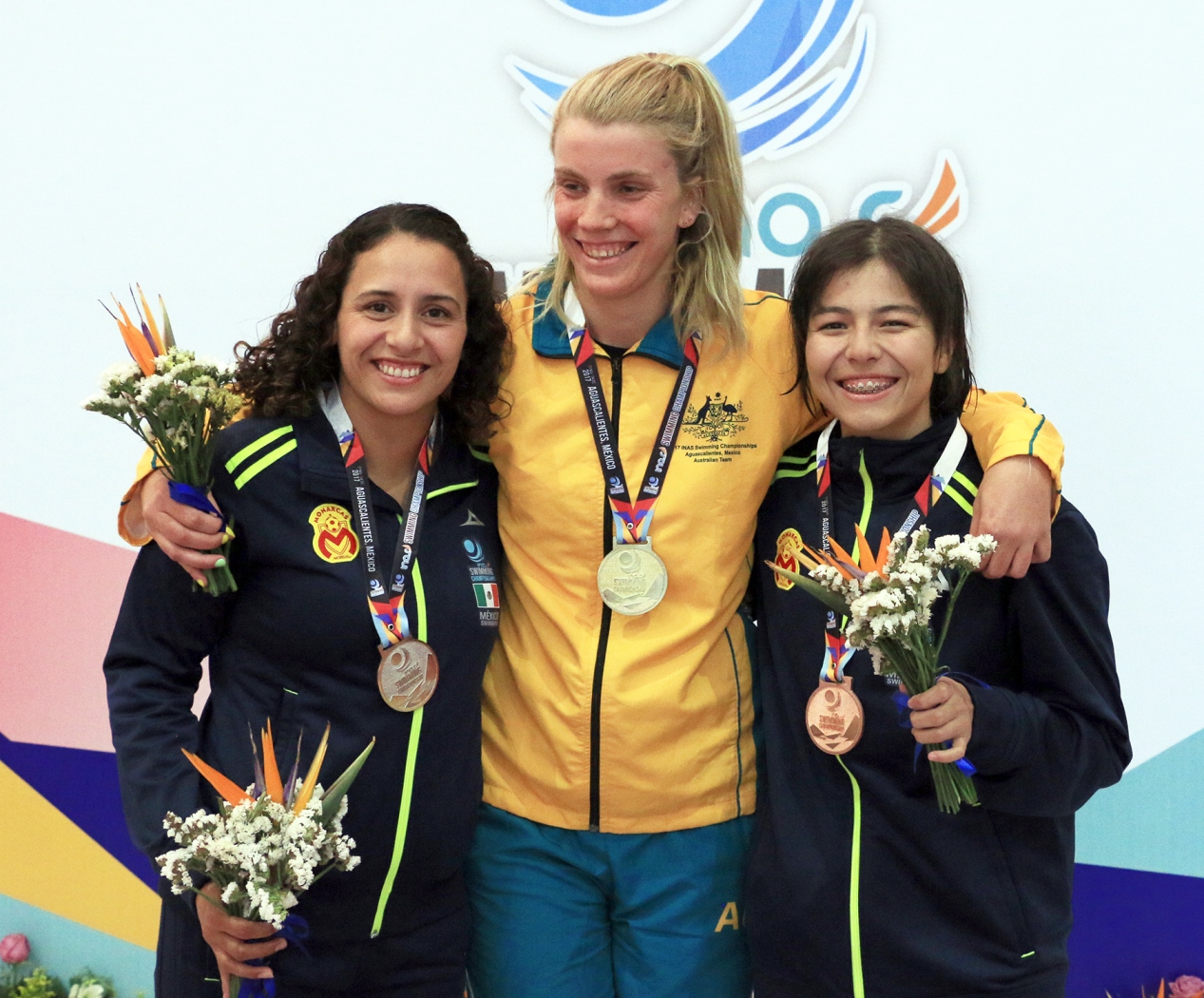 Australia has competed at every Global Games since the first in 2004. Their swimmers have dominated the pool, with the country finishing on top of the medals table at the last three editions.

As well as the II1 group for athletes with intellectual impairments, known in the Paralympics as S14s, the 2019 World Intellectual Impairment Sport Global Games will see athletes competing in the II2 group as a full medal event for the first time following earlier trials. Another group, II3, will take place as a pilot as part of a research project.

The II2 group is for athletes with Down syndrome whilst II3 features swimmers with high functioning autism.

Mitchell has previously dominated at the Down syndrome World Championships and currently holds seven world records. She has a full programme having been selected in 11 events, but will have to cut back her events come Games time.

Adelaide’s Magdalena Moshi represented Tanzania at the London 2012 Olympics.  Now an Australian citizen, Moshi has resumed swimming and is looking forward to representing Australia in Brisbane in the II3 events.

“It is exciting to see the three groups coming together as one team for the first time as well as the blend of experienced and new swimmers.” said head coach Andrew (Herbie) Howard.

The team’s youngest competitor Lachlan Hanratty is just 15 years of age with Patrick Donachie the oldest competitor at 36.  Donachie first represented Australia at the Sydney 2000 Paralympics where he won gold in the 4x100m relay.

Before Brisbane 2019 Schluter, the world record holder in the 400m freestyle S14, will head to London, Great Britain, in September as part of the Australian Dolphins team for the World Para Swimming Championships along with Jade Lucy, Jack Ireland and Madeleine McTernan.

“Australia has a proud and successful record in swimming at all levels, it is exciting to see the blend of experience and youth in this team which we are sure will do Australia and themselves proud in Brisbane.” said Robyn Smith, Chief Executive Officer of Sport Inclusion Australia.

The World Intellectual Impairment Sport Global Games will see the international debut of 11 Australia swimmers whilst 11 will go for the podium wearing the green and gold for the first time.

Swimming will be held at the Sleeman Sports Complex in Brisbane from 13-19 October 2019.

British track and field, cycling team named for World Intellectual Impairment...
Scroll to top
We use cookies on our website to give you the most relevant experience by remembering your preferences and repeat visits. By clicking “Accept”, you consent to the use of ALL the cookies.
Cookie SettingsAccept
Manage consent