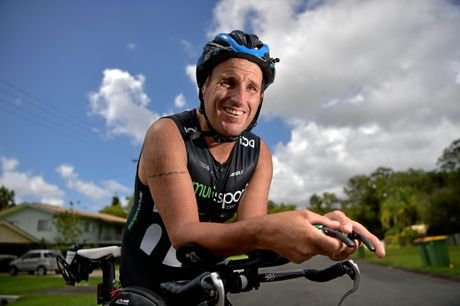 The group is the largest cycling team ever selected for an World Intellectual Impairment Sport competition.  The team of eight men and five women will aim to impress in front of home crowds, especially as track cycling will make its Global Games debut.

“We are delighted to see so many athletes step up for the Games and the support of Cycling Victoria and Cycling Australia providing the pathway and opportunities for these athletes,” said Robyn Smith CEO of Sport Inclusion Australia.

The World Intellectual Impairment Sport Global Games is the highest level cyclists with an intellectual impairment can compete at.  With more than 1,000 athletes competing in 10 sports, it is also the world’s biggest high performance event of its kind overall.

Australia has competed at all four previous Global Games but only sent cyclists to the 2009 and 2011 games in the Czech Republic and Italy, respectively.

Victoria’s Nathan Broeren competed and medalled at both and will return in Brisbane.  He collected two bronze medals in the individual time trial and team time trial in 2009. In Italy he finished third in the men’s road race.

Apart from Broeren the World Intellectual Impairment Sport Global Games will see the debut of all team members in the Green and Gold jerseys and the first experience for Head Coach Brad Reardon of Queensland.

“I am looking forward to the Games and importantly helping this team of cyclists to perform at their best in front of a home crowd,” Reardon said.

But for some team members it will not be the first time they have competed for their country.

Cycling will get underway in Brisbane on 14 October, following the Opening Ceremony on 12 October. Track cycling was made a full medal event following a demonstration at the 2015 Global Games in Ecuador.

Biggest ever swim team to represent Australia at home Global Games
Scroll to top
We use cookies on our website to give you the most relevant experience by remembering your preferences and repeat visits. By clicking “Accept”, you consent to the use of ALL the cookies.
Cookie SettingsAccept
Manage consent