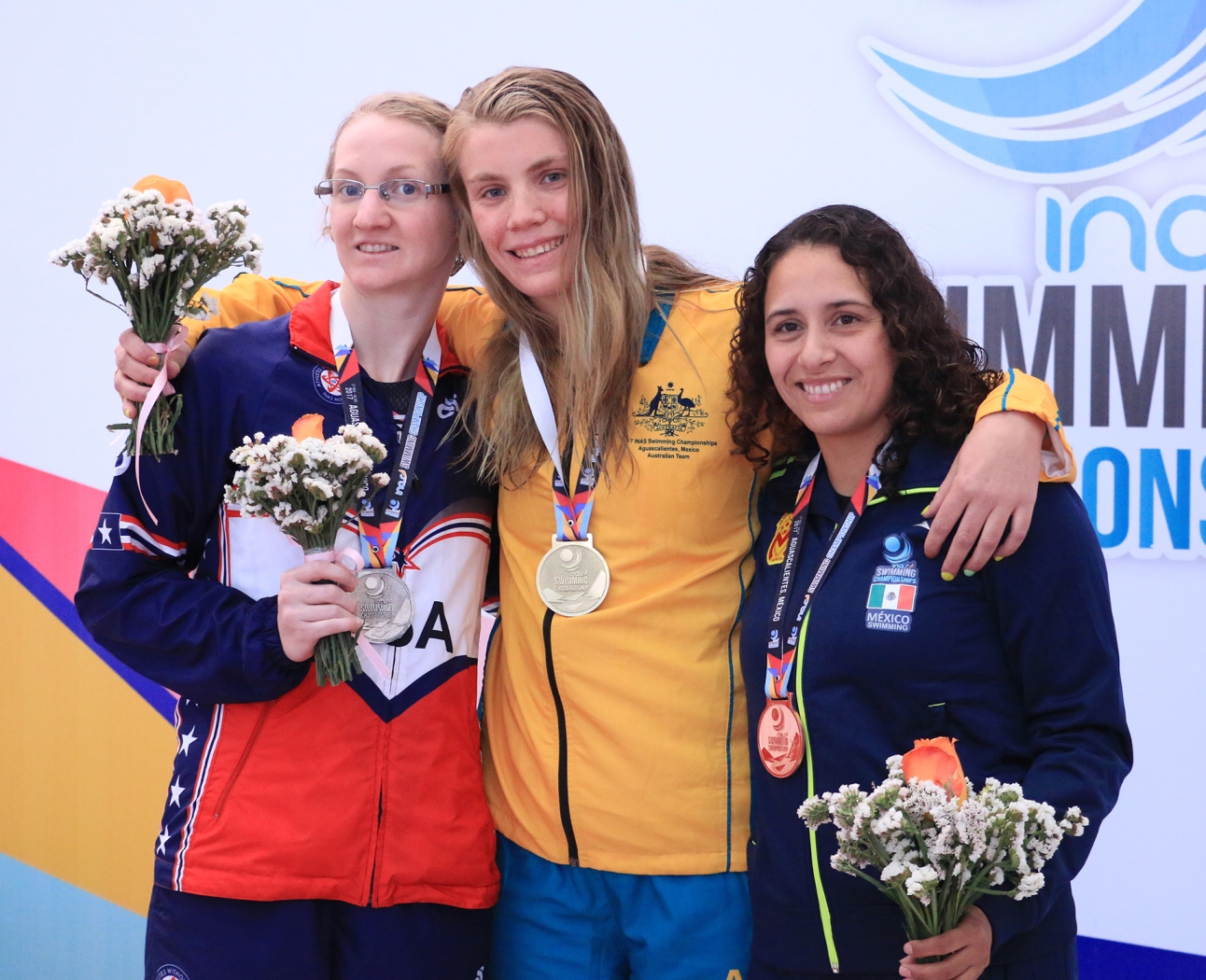 Being staged in Brisbane, Australia, between 11-20 October, the Global Games will take place just under one year ahead of the Tokyo 2020 Paralympics.

Cichocki, who claimed three silvers and a bronze at the 2015 edition, has recently changed clubs. She now has her eye on her first titles with her times rapidly improving.

“I absolutely think I can win gold especially after switching to a swim club that has coaches who are better with me and help me more with my technique,” Cichocki said.  “Since joining my current team, I have gotten my personal best times in most of my events.”

Cichocki made history in 2016 when she became the first swimmer with an intellectual impairment to compete for the USA at a Paralympic Games.

Instead of keeping that incredible achievement to herself, the 29-year-old has used it inspire the next generation.

“It was greatest experience of my life,” she said. “I am able to tell my teammates about my experiences which helps encourage them to try as hard as they can.”

If she swims, Cichocki wants to build on her performance from the 2017 World Intellectual Impairment Sport Swimming Championships. There she won four silver and five bronze medals.

All of this goes towards her ultimate aim of competing at Tokyo 2020 and beyond. Cichocki wants to swim at the highest levels for as long as she can.

Having started the sport at the age of five, Cichocki has gone on to be one of the top-ranked swimmers. Her highest placing in the World Para Swimming rankings is currently fifth in the 100m backstroke S14. She also has a sprinkling of other top 10 and top 20 places across strokes and distances.

“I think swimming a great way to learn about life especially self-discipline and it helps keep me organised,” Cichocki said.

500 days to go: Australia’s Archie Graham shares the secret to his succes...

Four countries progress to full bid stage for 2023 World Intellectual Impairment...
Scroll to top
We use cookies on our website to give you the most relevant experience by remembering your preferences and repeat visits. By clicking “Accept”, you consent to the use of ALL the cookies.
Cookie SettingsAccept
Manage consent