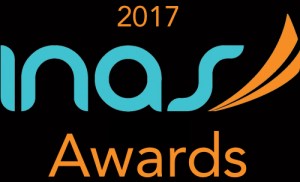 Nominations are now open for the 2017 World Intellectual Impairment Sport Awards, recognising the outstanding achievements of para-athletes with an intellectual disability and those who work tirelessly to support them.

These awards recognise an outstanding female and male athlete who have excelled in competition and training. The best female award is named in honour of Marie Little – former World Intellectual Impairment Sport Executive Committee member and a lifelong supporter of women and girls in sport – who passed away in 2014.

This award recognises the outstanding contribution of a volunteer, coach, staff member or supporter who has made a significant difference to an athlete or sport for athletes with an intellectual disability.

This award recognises the unique and outstanding contribution of an individual during their career – either an athlete, a volunteer, coach, administrator or other significant role.

World Intellectual Impairment Sport and FIH sign long-term agreement World Intellectual Impairment Sport Athletics Youth Challenge event launche...
Scroll to top
We use cookies on our website to give you the most relevant experience by remembering your preferences and repeat visits. By clicking “Accept”, you consent to the use of ALL the cookies.
Cookie SettingsAccept
Manage consent