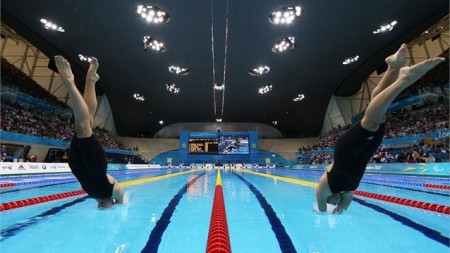 By the IPC and International Federation for Intellectual Impairment Sport

There will be record attendance at this week’s International Paralympic Committee (IPC) General Assembly in Abu Dhabi, United Arab Emirates (UAE), as the IPC membership elects only its third President in its 28 year history.

The 18th IPC General Assembly and Conference will begin on Tuesday (5 September) and conclude on Friday (8 September) with the election of a new IPC Governing Board and successor to Sir Philip Craven who has led the organisation since 2001.

Nearly 330 representatives from 167 IPC member organisations, (made up of 144 National Paralympic Committees, 15 International Federations, 4 Regional Organisations and 4 International Organisations of Sport for the Disabled (IOSDs)), the most ever to attend an IPC General Assembly, plus the Americas Paralympic Committee, will be in the UAE capital for what promises to be a historic few days for the Paralympic Movement. The International Federation for Intellectual Impairment Sport (World Intellectual Impairment Sport) will be represented as one of the IOSDs.

Sir Philip Craven, the IPC President who will stand down on 8 October to ensure a smooth transition to his successor, said: “This week in Abu Dhabi will mark the end of an era for the Paralympic Movement and the start of a new chapter with the election of a new IPC Governing Board. It promises to be an emotional few days for me personally.

“With so much at stake and to be discussed, I am delighted that 167 IPC members, 19 more than the last elections four years ago, will attend the General Assembly to decide the Paralympic Movement’s future direction.

“Through a combination of support from the Local Organising Committee and the IPC I am also pleased that 52 members from our solidarity nations, more than ever before, can attend this meeting at zero cost as it is important that all of our members have a view on our future.”

On Tuesday morning the IPC membership will receive updates from the IPC on a number of matters including diversity in the Paralympic Movement, sport competitions fees and the criteria for the inclusion of sports and disciplines in future Paralympic Games. In the afternoon session, Rio 2016 will present its post-Games report while the Organising Committees of PyeongChang 2018, Tokyo 2020 and Beijing 2022 deliver their latest progress reports.

All candidates standing for election to the IPC Governing Board will have an opportunity to present to the IPC membership on Wednesday. This will include the four candidates hoping to succeed Sir Philip as IPC President: Patrick Jarvis, Andrew Parsons, John Petersson and Haidi Zhang.

Prior to Sir Philip delivering his biennial report on Thursday morning, the IPC will officially welcome a number of new member organisations pending approval from the General Assembly. Following a presentation on the IPC’s finances, a number of motions put forward by the IPC membership will be discussed and decided upon.

Thursday evening, exactly one year on from the opening of the Rio 2016 Paralympic Games, the Paralympic Movement will gather for the 2017 Paralympic Sport and Media Awards. Supported by Allianz, the awards recognise and celebrate achievements by athletes, teams, officials and the media at last September’s Games. The BP Courage Award and a number of Paralympic Orders will also be presented.

The election of the third IPC President and a new Vice President will dominate Friday morning’s agenda. In the afternoon, 10 Members at Large will be elected from a list of up to 21 candidates which includes World Intellectual Impairment Sport Vice President Robyn Smith.

All attending 167 IPC members, plus the Americas Paralympic Committee, will be able to vote in the elections.

The last time elections were held for the IPC Governing Board was in 2013 when Athens, Greece, staged the 17th IPC General Assembly. Back then 274 representatives from 148 IPC members attended as Sir Philip Craven was elected for his fourth and final term as President.

Preview: Half marathon Euros headline September Hosts Italy announce team for half marathon Euros
Scroll to top
We use cookies on our website to give you the most relevant experience by remembering your preferences and repeat visits. By clicking “Accept”, you consent to the use of ALL the cookies.
Cookie SettingsAccept
Manage consent