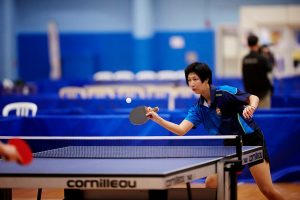 The event in Hradec Kralove, Czech Republic, will run from 21-29 October and attract some of the sport’s biggest names.

Amongst those expected to compete are the Hong Kong duo of Ka Man Wong and Mui Wui NG.

Mui Wui NG is a bronze medallist from the women’s singles at the Rio 2016 Paralympic Games. She beat defending champion Wong to the final podium spot last year.

The table tennis Worlds will also be the first World Intellectual Impairment Sport competition to feature the trial of eligibility groups for Down’s syndrome and autism.

Around 65 athletes from 14 countries are expected to compete in Hradec Kralove. Updates and pictures will be available at World Intellectual Impairment Sport’ Facebook and Twitter throughout the event.

The world’s best para-athletes will return to the Copper Box Arena in London’s Olympic Park on 19 October.

This includes those competing in Poomsae P20, for athletes with an intellectual impairment.

Wong looks towards ‘most important competition since Paralympics’

Global Games were important stepping stone for Martins
Scroll to top
We use cookies on our website to give you the most relevant experience by remembering your preferences and repeat visits. By clicking “Accept”, you consent to the use of ALL the cookies.
Cookie SettingsAccept
Manage consent