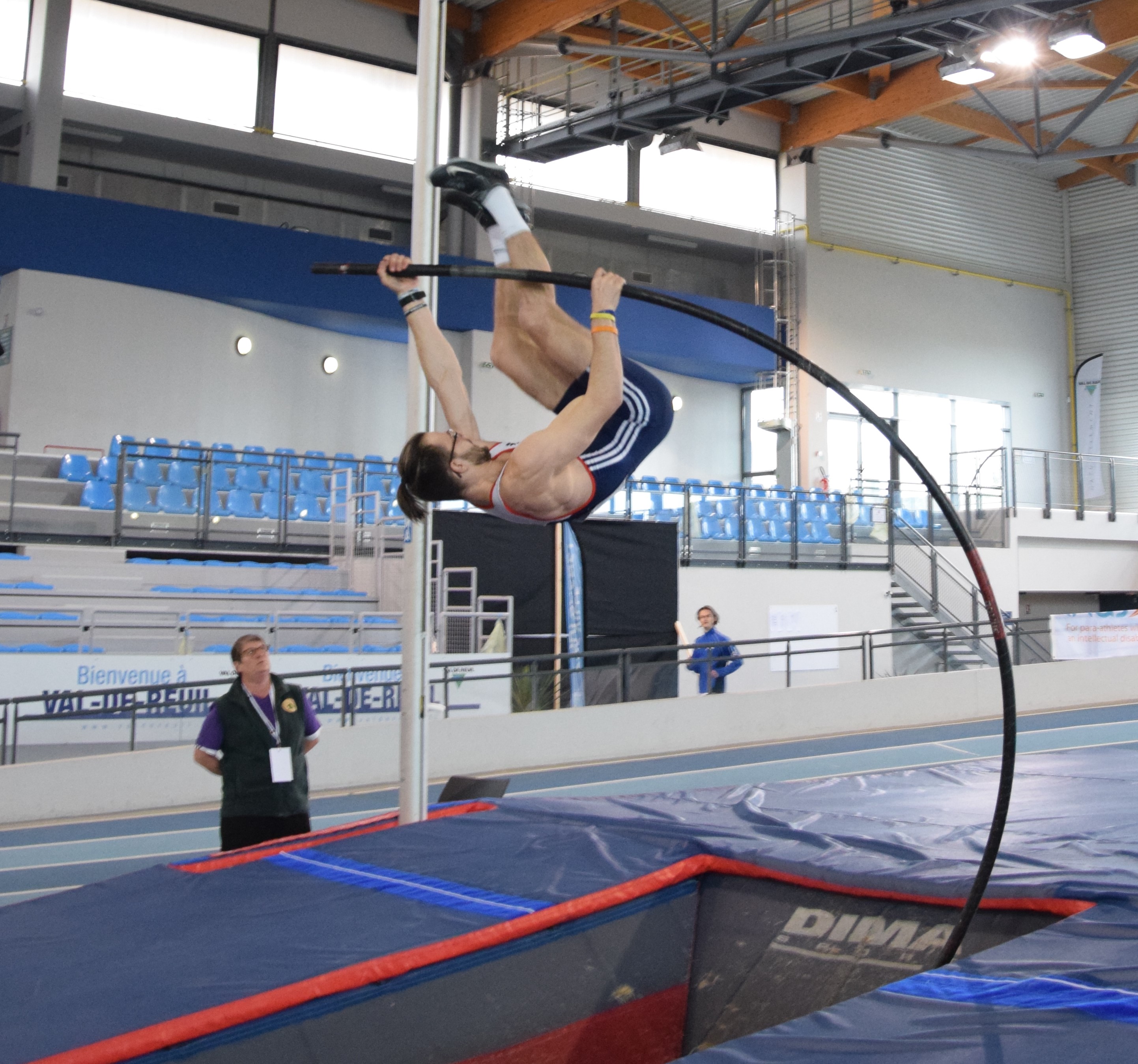 Buoyed by his form the Norwegian went on to attempt 4.85m but was unsuccessful.

“I think today it went very well. I was very good in the first jump on the 4.85 but I did not get far enough forward, but it’s ok,” he said.

He has vowed to come back even stronger for the 2018 World Intellectual Impairment Sport European Games in Paris, France.

“If I train well at home and correct I think I can take this [another world record] too.”

Russia bagged a further two golds and a second world record on Saturday.

It was a family affair in the women’s 3,000m race walk II1 with Alina Khokhlova claiming the world record. The Russian impressed with a time of 14:59.19.

Poland’s Karolina Kucharczyk secured gold in the women’s long jump II1, improving on her silver medal from 2016 in the absence of Croatia’s former champion Mikela Ristoski.

Going straight from her victory in the long jump to the track, just minutes later Kucharczyk claimed gold in the women’s 60m hurdles II1.

The Polish athlete eased to the top spot in 9.44 seconds. Felipe (10.28) also did a podium double, taking silver. Her teammate Claudia Santos (11.64) was third.

Fernando Batista, Rodriguez, Ruben Cortes and Perez Carrera were the victors in the men’s 4x200m relay II1 for Spain, concluding a great day for the team. Four strong legs saw them take gold in 98.74.

France’s Nicolas Virapin (8.65 seconds) added another gold to his collection in the men’s 60m II2, following on from his triathlon win from Friday. He went onto to take gold in the long jump II2 with a second round leap of 4.39m.

There was further gold medal joy for France in the women’s shot put II1. Gloria Agblemagnon hit her best in the fourth round, throwing 12.82 to take the title. Portugal’s Ines Fernandes (11.49m) equalled her silver from 2016. France’s Aminata Camara (11.04m) claimed bronze.

The best of the rest

Cape Verde’s Barbosa (8.88) successfully defended his title in the men’s 60m hurdles II1. Perez Carrera was not far behind, finishing in 9.03 seconds to take his fourth medal of the day. Royer (10.01) was third for the hosts. – his fourth podium finish of the day

Italian 18-year-old Dieng Ndiaga (2:00.16) collected his latest medal in a close men’s 800m II1. This time it was gold for the youngster having collected silver in the 1,500m on Friday.

Full results from all competition days are available.

Two golds for hosts France close World Intellectual Impairment Sport Indoor...
Scroll to top
We use cookies on our website to give you the most relevant experience by remembering your preferences and repeat visits. By clicking “Accept”, you consent to the use of ALL the cookies.
Cookie SettingsAccept
Manage consent